We recently discovered this bunch of people from Italy (the ones behind Indie Vault) who are willing & determined to bring the Winnitron movement to their southern European country. As of today, there are already 7 Winnitrons (… arcade cabinets) around the world: Winnipeg (Canada, where everything started), Utrecth, New York, Pittsburgh, Shanghai, Christchurch (NZ) and Melbourne, and if everything goes well Italy will have their very own box very soon.

We’re pretty convinced that Vicenzo, Ciro, Federico, Marco, Paolo, Luca and the incredible guyz @ Santa Ragione don’t need any of our help to make this happen in the boot. They’ve already started building the unit and have already raised more than 60% of their $2,500 goal. Still if you’re a good Italian game lover you shall give them a hand and read carefully about the initiative on their IndieGoGo page.

On our side, we’ve decided this time to support the global Winnitron movement…

Born originally as a brainchild of a group of Canadian developers (Alec Holowka, Marlon Wiebe, Noel Berry, Kert Gartner, Tom Rab and Joel Forest who call themselves the Bit Collective), the Winnitron 1000 is an arcade cabinet, playable by anyone, which features new games created by indie game developers from Winnipeg and across the globe. 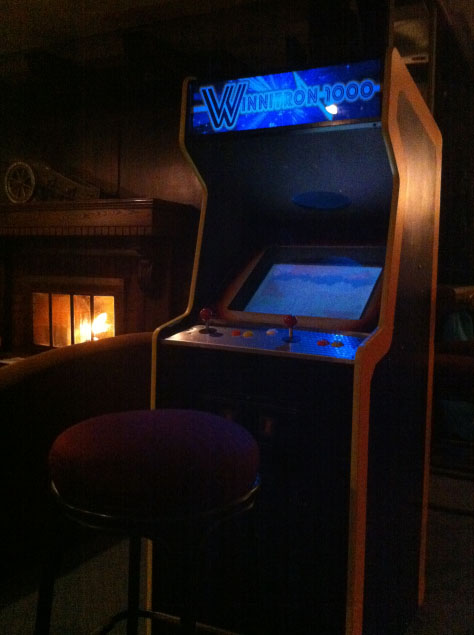 From the 2010 Canadian beginnings it quickly spread to Utretch (The Netherlands) with the help of The Dutch Game Garden, Paul Veer and Vlambeer, then New Zealand, New York last summer and now there’s even one in China!

The movement is spreading pretty fast and pretty much anyone can build their very own box on their town (we’re expecting one here in London, Paris or Madrid… anyone???), with a decent list of games to choose from, support from the original developers and the community, and guidelines on how to add your own games. So there it is… anyone joining?