Last Christmas day will be remembered by most of you as the big present unwrapping day of 2011. It should also be remembered as the day we saw a couple of cover artworks for some Watchmen prequels products… that you should all know are currently being developed at DC Comics under the code name “Panic Room”.

The good people @ Bleeding Cool (Rich Johnston) got to leak these works, but Amy E Genkins, Senior VP of Legal @ DC asked them to remove the artwork… and the images exist no-more within their servers. But this is the Internet ladies & gentlemen… and everything spreads within mili-seconds, Bleeding Cool post it at 8:00 A.M., 30 blogs have it by 8:30!

And you can now find both art covers pretty much everywhere.  Apparently Joe and Andy Kubert’s got to design Nite Owl while JG Jones was asked some artwork for The Comedian and even if they seem more like sketches than covers they keep fueling the rumors that put Darwyn Cooke on top of those new mini-series focusing on the lives of the characters presumably before they retired from superheroics and set in the same universe as Moore’s creation.

What will we see next year….? 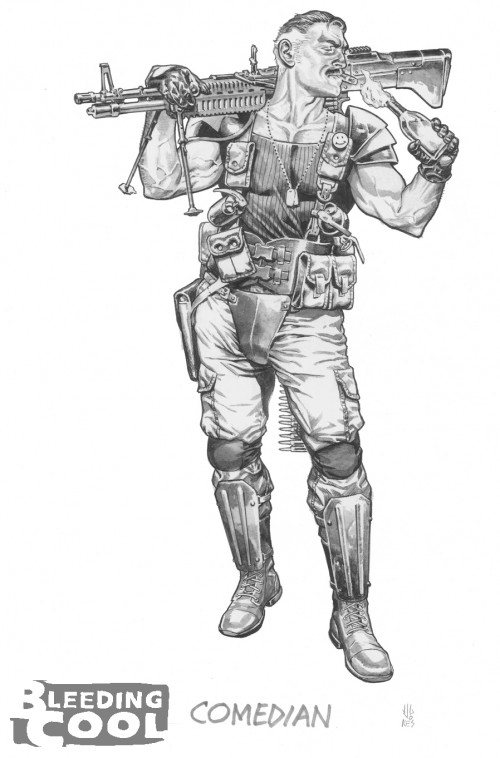 The Comedian – Watchmen2 by J.G. Jones