Thomas Fougeirol and Jo-ey Tang‘s three-year project is on view for the first time in its current entirety in the new exhibition titled Dust: The plates of the present, February 2013 – July 2015, running at Baxter Street at the Camera Club of New York from September 15 to October 17.

Three years ago, the two artists began a project in Ivry-sur-Seine, a suburb just southeast of Paris, with the intent of turning the small storage space into a means of communal production. The space became named “Dust” and the residency that was based in it “The plates of the present”, inspired by a text by William Henry Fox Talbot.

The project kicked off in February 2013 with a series of eight photograms by New York-based artist G. William Webb, after which it was decided that each subsequent artist would also be asked to produce eight photograms for the archive. That archive is now on view for the first time in an exhibition curated by Sonel Breslav. 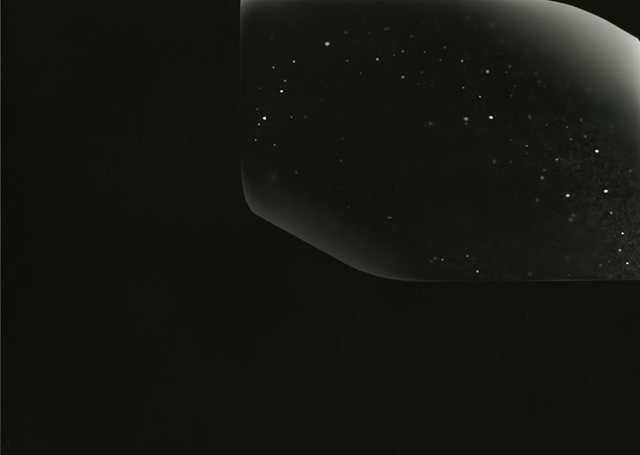