Artist, writer and filmmaker Sophia Al-Maria is joining the I’ve Never Read Her line-up this fall with a reading at X Marks the Bökship today.

The East London literary project runs every second Wednesday of the month at X Marks the Bökship (now residing in Matt’s Gallery) with a short reading of texts written by female authors, including everyone from Katherine Mansfield and Kate Chopin to Susan Sontag and Gertrude Stein.

The next session brings Al-Maria’s work with a reading of her 2012 memoir The Girl Who Fell To Earth, which takes on the concept of Gulf Futurism and growing up with a Bedouin father and an American mother seen in lines like this:

“Eighty miles out of Al-Hasa oasis in the Eastern Province of Saudi Arabia, a Bedouin boy named Matar was flicking the knob of a portable General Electric television on and off.”

Read an interview with Sophia Al-Maria and see the I’ve Never Read Her event page for details. ** 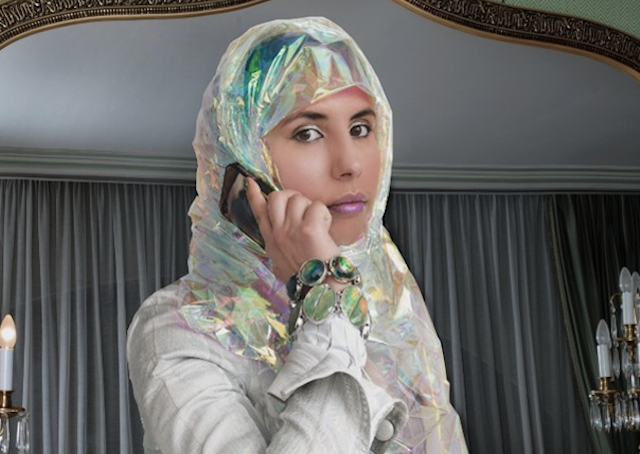