Flat Time House will be hosting a two-day workshop led by artist Sean Lynch and titled The Bandits Live Comfortably in the Ruins at their London space on August 9 and 10.

Once the studio home of celebrated British artist John Latham –who in 2003 declared it a living sculpture and named it after his theory of time –Flat Time House has since been converted into a gallery in honor of the radical artist.

The Bandits workshop takes as its starting point a series of photographs of Bellenden Road taken by Latham in the mid-80s. Through a series of walks (led by Lynch) around the local area, Bandits explores constructions of urban space, ever-increasing privatisation of public space, and the telling allegories of modern life gleaned from these transitions. 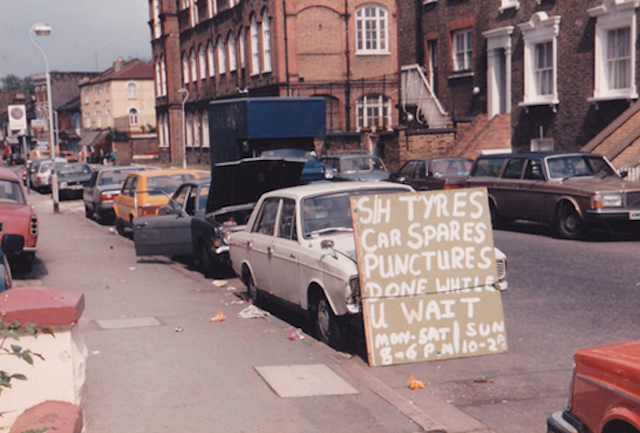