The final downloadable version of Viktor Timofeev‘s Proxyah game will be ready to be played in your own home, released through the online exhibition space www.channelnormal.com, from May 12 to May 28.

Timofeev’s game was previously installed at Riga’s kim? Contemporary Art Centre while it’s second version was appeared at London’s Jupiter Woods (which we reviewed here). The third and final edition of the game was finalized during Timofeev’s artist residency at Vilnius’s Rupert this April.

This game’s final iteration, built in Unity 4,  contains an original soundtrack composed by recsund, as well as a text by Monika Lipšic, and a complete guide (PDF).

See the Proxyah page for details. ** 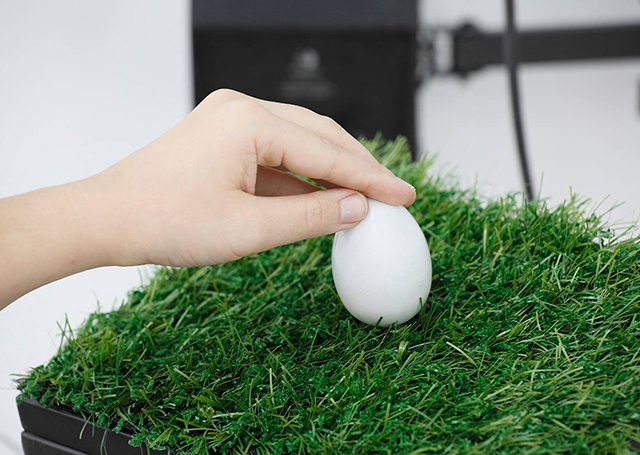 “You are in this three-dimensional room”, says the exhibition sheet of Viktor Timofeev’s Proxyah v2 running at London’s Jupiter Woods from January 9 to February 8. It’s the first line of some rather complicated instructions outlining how its user should navigate the unstable CGI setting of the ‘Proxyah v2’ (2015) video game, screening on the left of a two-channel installation in the far-left corner of the Bermondsey space. The blue darkened room gives off the aura of being underwater, the staircase to the right and the sheet of fabric blocking the back kitchen effects an eerie sense of the parasitic. It’s as though this highly complex contraption shouldn’t be there, but it is and it’s sucking the life out of a building that’s falling away around it.

The real infrastructure is on the screen, except that it’s a construction that’s equally as precarious. The sense of groundlessness is literal as the computer-generated water-level rises with every step inside the screen, those steps being complicated by the fact they’re being led by a joystick, shaped like an egg and nestled in a square of astroturf. It’s disorienting in the fact that the compass of the onscreen HUD (ie: heads-up display) changes depending on its colour and the alignment of the room. The ‘room’ itself is a thing made of animated walls, floor, a ceiling, that shift and change within a uniquely terraformed landscape generated by the user’s own movements – those movements being determined by the ever-changing space and the focus of its user. The user’s energy expenditure is constantly being counted.

I’m not going to try to explain the rules of ‘Proxyah v2’, but I also don’t think they’re exactly the point. Coded by computer science course drop-out Timofeev and inspired in part by his experience of an insurmountable set of directions determining the movements of Yvonne Rainer’s ‘Diagonal’ (1963), performed at Raven Row last year, I will say that there’s a powerful sense of helplessness that endures. As one tries to navigate their way through the codes, symbols and invisible systems of Proxyah, the multiple speakers scattered across the room and engulfing its user detect and announce your every move with a blast. A second screen shows an unsettlingly smooth (and silent) perspective of an autonomous object as it hovers above an ocean of stock sea water taken from the Unity game engine on which ‘Proxyah v2’ was built.

As a user, you’re likely to have combat flight on the mind, as one of two snakes of the aerial map – resembling a regular default phone setting Snake game – on the interactive screen is called “drone”, as opposed to the randomly moving “rogue”. The drone’s path is predetermined and the user’s ability to control this omniscient viewpoint is non-existent as it scans a sea engulfing the same white orbs of energy integral to the gameplay. The interactive screen of Proxyah feels like chaos in contrast to this vision of peace that sways lightly beside it, except it’s not you, the user, that controls it. **

Viktor Timofeev’s Proxyah was on at London’s Jupiter Woods, running January 9 to February 8, 2015.