And while diving through the crazy and excessively baroque art of Paper Rad it’s always nice to discover not so well-known artists such as Noah Lyon, one of those characters you’ll only discover if you happen to frequent zine symposium… or comic cons…. or the internet! 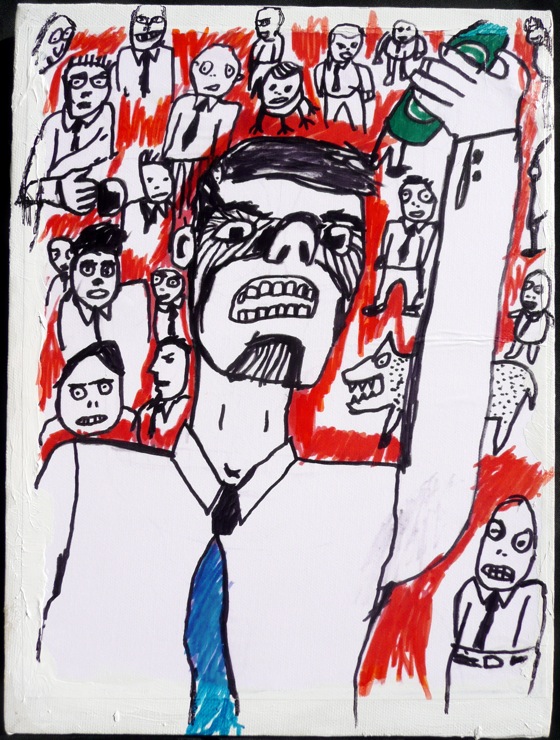 Take your job and shove it by Noah Lyon

With an amazing taste for badge designing Noah and the rest of the crew @ RetardRiot have become a synonym of the NY DYI art scene producing from zines & radio broadcasts, to cassettes, stickers, flyers, collaborative tape music and those widely successful  homemade buttons (sold btw at places like the New Museum of Contemporary Art and the Whitney Museum of American Art….).

With art exhibited in places like Tate or Art Basel, his anti-establishment (many times criticized for being easily controversial) touches pretty much any political and philosophical subject you can imagine, new DYI pop art for the new generation… and like pretty much any other artist whose pop pieces go famous, his (their) Unhappy Meals now even have their very own replicas in Thailand! Who knows… maybe they’ll be come a modern version of the Maneki Neko?