Just over a year ago we learned about that group of Singaporian-based students who had won the “Excellence in technology” award from the Chinese edition of the Independent Games Festival for that neon-deadly world filled with racing cars: Nitronic Rush.

After a more than successful launch, part of that team have created their own studio (Refract) and decided to continue developing those deadly races in what they consider a spiritual successor to NR: Distance.

On top of the features already existent on NR, Distance adds the much-demanded multiplayer possibility and many more variations for you to explore the world or even create your own levels as Distance will be adding a Level editor and modding tools.

But… (there’s always a but) Refract need €€€ or $$$, so they’ve launched their own Kickstarter campaign to try and raise $125 K by mid-November.

Not an easy task, but because we’re always in need of more adrenaline, speed and Utopian worlds we thought you may want to give them a little dollar or two, just like us. More info this way.

There’s A LOT of good stuff coming out of the Singaporean dedicated gaming school DigiPen (“Institute of Technology”). Earlier this month 6 of their students won the “Excellence in technology” award from the Chinese edition of the Independent Games Festival, and a couple of days before the announcement Nitronic Rush was released….

Their creators describe it as an “experimental survival driving game”, a tribute to the racing games of the 90s with a clear Tron hypespiration… maybe Disney should have given them the rights to develop a decent game given Nitronic Rush’s amazing results. 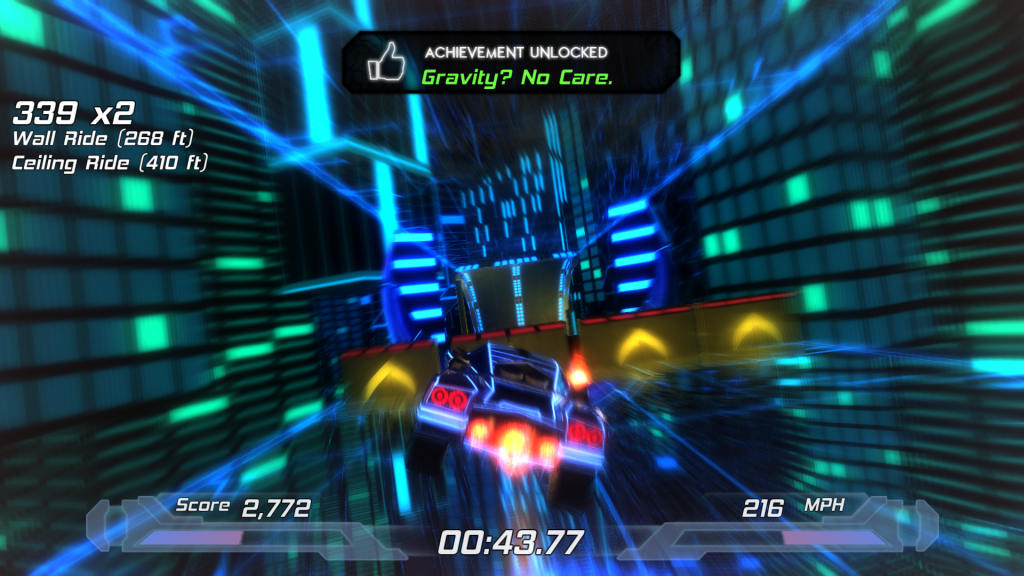 The game was released 3 weeks ago as a free downloadable game (1GB) for PC (with support for Xbox 360 controllers), you an grab it on their website of course but you should check the specs as not any laptop will do (need min 4GB of RAM).