Fotonica is just like Canabalt but with a geometrical retro style.  Jump & jump until it’s all over. It’s way richer at the same time with all those abstract settings and 3D scenarios taken out of a good 80-90s virtual space movie and not only you can jump…. but run and plan your landings too! 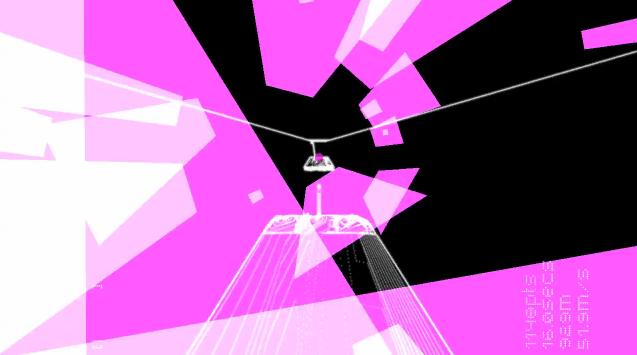 The Italian guys @ Santa Ragioni (Pietro Righi Riva & Nicolò Tedeschi who tend to organize their own gaming events @ Milano’s Santeria) are definitely not new to the indie game scene and have been developing both board games and pc arcade games for a while now. If they keep it up they’ll soon enough not only surpass FRACT’s complexity but surely start selling hits.

They call their game a mix of “jumping, sense of speed and discovery”, which some have compared it as a mix between Rez & Mirrors Edge and we highly encourage you to play it’s full version now available for download on the dedicated website  via torrent (free or “pay what you want”). 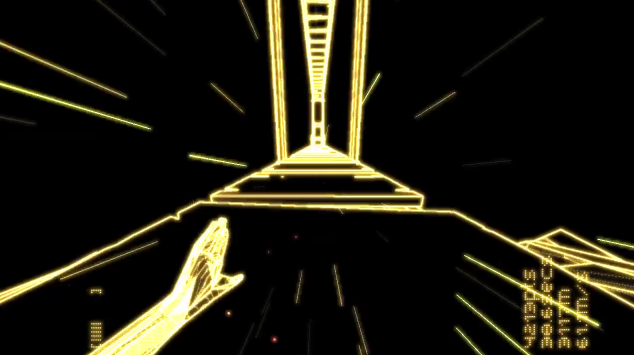 Really easy to play as you’ll only need one button: hold it to run, release it to jump and hold it again mid-air to quickly land.  Not as straightforward to control as Canabalt… but those duotone outlined worlds deserve a nice exploration from your side. More screenshots this way.