Wes Anderson and some of his talisman actors are back for one of those genuinely American naïve films which only the Texan director can deliver with equal parts of humor, absurdity, irony and love.

Moonrise Kingdom (which won’t be released until next May) brings the story of  a pair of lovers, Sam & Suzy (played by young actors Jared Gilman & Kara Hayward)  two twelve-year-olds who fall in love, make a secret pact, and run away together into the wilderness. As various authorities try to hunt them down, a violent storm is brewing off-shore — and the peaceful island community is turned upside down in more ways than anyone can handle. 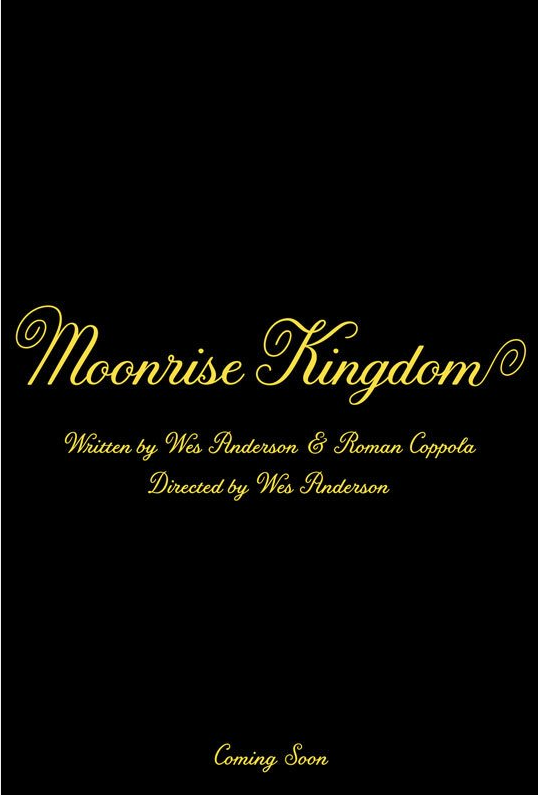 Bruce Willis, Edward Norton, the must-haves Bill Murray & Frances McDormand along with Tilda Swinton and Jason Schwartzman will surely make us laugh which was shot in Rhode Island last spring. 4 months to go.