Lithuanian producer J.G. Biberkopf’s Unthinkable segment, which airs at midnight on a Friday of every month on London’s NTS Radio, represents the work of both sound and visual art with pure sonics. It’s an approach to public broadcast that goes beyond just an hour of listening pleasure to a deeper contemplation of ideas and theories that merit closer examination across platforms.

For that reason, aqnb has partnered with Biberkopf to accompany each show with a short text. This month’s show features a contribution from Music For Your Plants alongside additions from Biberkopf himself, variously sourced from works by Sentinel, ACF刀IMX, Gábor Lázár and Mark Fell, Bataille Solaire, and NON Record’s Angel-Ho.

Listen to the mix and read the text below, or for more Unthinkable mixes click here:

Metamorphosis, as a complete change of form, structure, or substance, is usually reached at the hand of skilful contrivance, or through the agency of complex systems — socioeconomic, biological, etc. Still, one might also conceive of simpler modes, involving a dialogue — or warfare — of the material substance of the subject with organic as well as man-made scientific and industrial processes. In such a way, the anatomy of the subject is established as a ground of both revolution and susceptibility, at the same time alienating its own physical structure and conveying the surpassing of its limits by its achievements.

As if arriving at a strange, battered world, the subject enters a forsaken vessel and discovers a monstrous — albeit akin — structure, armed and seemingly fertile. It nears an embryo, which develops into an exotic growth that annexes itself to the subject’s appearance, like a xenolith — a rock fragment foreign to the igneous rock in which it is embedded. A lot of the strange object’s power, as something felt as fearsome or abhorrent, is its shocking synergy, its similarity to recognisable structure, and its metamorphosis of the subject into something out of place. The subject has been surpassed by an alien — a progressive being that debases the subject to employ it as soil to seed its own.

One might suggest that this metamorphosis makes the subject ill-equipped for forthcoming existence. Its flawed, defenceless anatomy, plagued by moral sense, is merely feed for structures with healthier, more powerful tendencies and a more belligerent disposition. Its anatomy is open to attack. In the end, archaeologists are consumed with discovering their creator — a foreign culture that they trust is the authentic, original spirit. Yet the archaeologist’s strange fetus serves as the conclusive abhorrence — an undesirable parasite. By cause of xenogamy — pollination of the stigma of a flower by pollen from a flower on another plant — the archaeologist gives birth to an object of dislike, a monstrous foreign being. **

Music For Your Plants mix

J.G. Biberkopf’s Unthinkable radio show airs at midnight on a Friday each month at London’s NTS Radio. This latest one aired August 8, and featured Tallin-based producers Music For Your Plants. 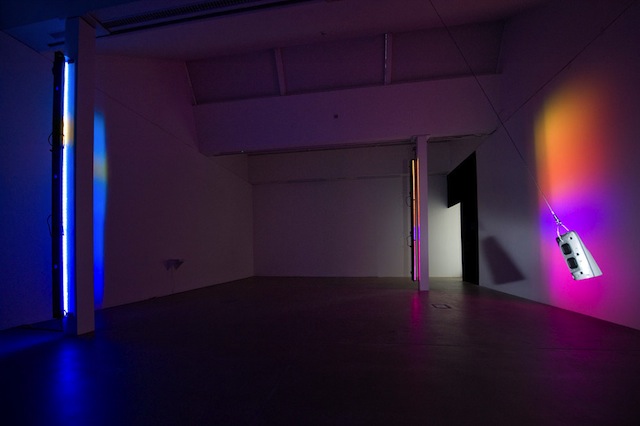