When last summer the Lytro light field technology was unveiled, the whole sci-fi & photographic community exploded with amazement and praises. Multi-angle & multi-focus photography was a reality, and most camera manufacturers started to tremble.

Ren Ng gave 3455 interviews and promised a camera in the market before the end of the year… and here it is. A rectangular prism (sort of a rectangular torch) which promises “living pictures”…. at a non-affordable price: $400 for the 8GB version and $500 for the 16Gb one. And let’s be honest here… the technology is amazing of course, but there’s a looong way to go until the big photography industry players (Nikon, Canon, Fuji, Pana… even Sony now) manage to somehow reduce and pack this light field evolution into their cameras (if they ever manage to do given the patents & all).

Until then.. or until Lytro decides to get into serious photography business the Lytro cameras are more of a toy product…. maybe the new Polaroid?

It packs a usb port, a 1.46 in touchscreen (the one you see at the back),  a powerbutton, shutterbutton, zoom slider (just above the screen) and what matters most: a f/2 lense with 8x optical zoom which allows that light field engine (pictured above) to take all those light rays (they call them Megarays!) to create the live scene. The result? Photos like this…

So from now on… no more megapixel race… but megaray!!! Oh and btw… their software (which is kind of obligatory if you really want to make use of the pictures you’ve taken) is only available for Mac … and no Windows until 2012.. bohooo! 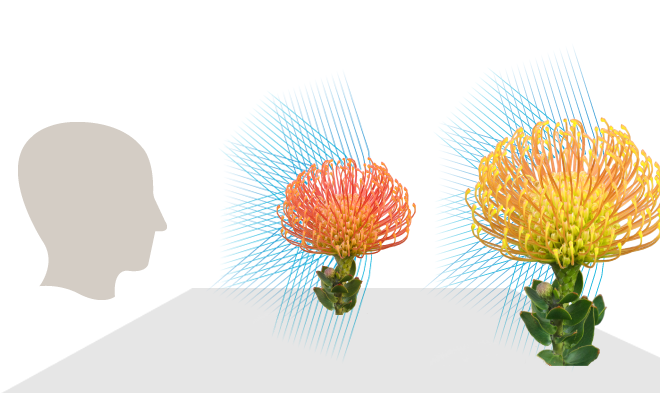