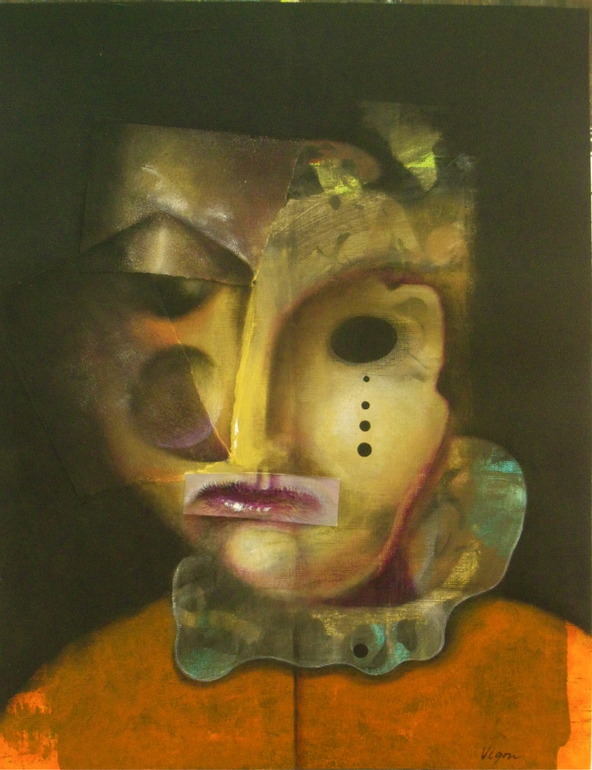 You know how much I love clowns… it should come as no surprise that each time I discover someone with mental issues but who paints colorful clowns (think George Condo) I have to give them some room in here. Maybe I should paint clowns myself.

Larry Vigon‘s latest series of hypocrite, artist & clown portraits dive into the best expressionist portraiture adding an even more disturbing atmosphere to his previous oils & acrylics… although much in line with the journey into his unconscious mind  “dreams”, his 2005-published journal Larry began to paint at the suggestion of his analyst.

He seems to have stopped his record album designing career a few years ago (from those early Eric Clapton & Fleetwood Mac covers to Counting Crows & Sparks) and have concentrated on his portraiture art despite being a very prolific and influential designer in the record industry.

Is London more inspiring than LA? Apparently so, and hopefully we’ll get to see his works in a London gallery soon enough. More of those dreamy portraits along with his fairly recent Torso series this way. Oh, and hopefully his “Hypocrite” will grab something at the latest “collage” Saatchi on-line showdown.