Goethe Institut‘s Goethe on Main will be hosting artist Karimah Ashadu‘s latest project, titled re-trace (part 3): The Station and The Studio, at their Johannesburg location from August 14 to September 7.

The year-long performance, painting and film project by the British-Nigerian artist took its roots across the world, starting in the Bouches-du-Rhône and Midi-Pyrénées regions of France and travelling to the streets of Johannesburg.

With the intention of sparking a wider cross-cultural exchange, re-trace explores the social construction of public and private space, especially in relation to the significance of territory in South Africa’s history, and the possibilities for correlation between disparate spaces. 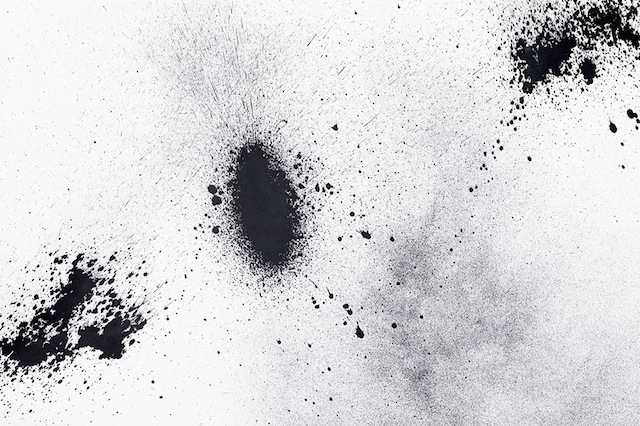 The Artists’ Film Biennial, a 4-day celebration of art films and moving images, comes to London’s Institute of Contemporary Art (ICA) from July 3 to July 6.

The biennial will feature a myriad of screenings, new performance commissions, talks and panel discussions exploring a wide range of perspectives, including an artist curated programme and live presentation by Hannah Sawtell, and a live video performance by Sam Smith as part of Vdrome.

Also during the event, there’ll be an “Avant-Noir” selection of works that engage with Africa and the African Diaspora, including a screening of Karimah Ashadu‘s Lagos Sand Merchants, as well as a talk with Clunie Reid exploring the influence of contemporary popular culture on moving images and a  a day of programming by Ken Okiishi, including ‘My Throat, My Air’ (2013) by Loretta Fahrenholz.

“Hopefully that will be a way for me to make work outside of Lagos, outside of this box that I’ve put myself in,” says Karimah Ashadu over Skype from her temporary base in the Nigerian port city. Echoing the conflict that often comes with a measure of success, the artist, raised between Lagos and London, is spending the year touring her video, ‘Lagos Island’, across the US, Australia and Europe, including the recent transmediale. This week it will be screening at the European Media Arts Festival in Osnabrück, Germany, and although Ashadu is grateful for the opportunities the work has afforded her –including quitting the “nine to five” to focus on her art full time –she’s also anxious not to let location overshadow the complex multidisciplinary drive of her work as a whole.

As a Fine Art graduate with a Masters in Interior and Spatial Design, Ashadu has had the last decade to explore her options beyond art making. From art to architecture, interior to product design, and finally branding, her experience across practices is vast and it shows. Not only do her videos explore rhythm, perspective and the body, through film and self-designed rotational devices, but her professional approach is one of formalism and discipline. There’s the minimal aesthetic and informative nature of Ashadu’s website, as well as her professional approach to expounding on her work in conversation. But, behind the reserved exterior there’s a self-proclaimed and paradoxical ‘ditz’, in the same way that producing work in the rapidly developing, though unpredictable conditions of Lagos is as easy as it isn’t at all.

Why do you choose to make your work in Lagos?

It’s so interesting. The visual landscape here is amazing and even the simplest tasks can look really beautiful, depending on how you present them. I think it goes really well with the instantaneous nature of film and video art; I like that gung ho quality. In London, I have to plan a lot more. I think my work, anyway, has a guerrilla sense about it and I don’t’ really like planning too much but, as time goes on, I’m finding that I have to. I never know when I’m next going to be in Lagos, so for that reason I should really learn to take my work outside of it.

Exactly, it’s a complete juxtaposition. It’s something that I would like to change because it’s not the most sustainable thing to do and I only end up making a couple of films a year. They might be a couple of really good films, and I’d rather do that than make five really average films, but I’d love to do a residency somewhere else and make my work less about Lagos and more about the work itself.

For instance, ‘Lagos Island’ is a piece that’s been shown quite frequently throughout this year and the next piece that I’m filming tomorrow is called ‘Lagos Sand Merchants’. Everything seems to be about Lagos and, although I love Lagos, I feel like I don’t want my work to hinge on this city.

I think that’s the dilemma a lot of artists. You need people to be interested but you also don’t want one thing to define you either. It must make you question your artistic ability on its own merits.

It really does. There’s another film I made last year, a few months after making ‘Lagos Island’ called ‘Hindsight –a horse’s tail’. It was made in Lagos but it’s not necessarily about Lagos. It could have been made anywhere and I like that. I don’t want to become this gimmick, where everything else is about Lagos. Yeah, that’s the thing that people find interesting but if it weren’t about Lagos, would my work be interesting?

You’ve said it’s too difficult to make work in London but it sounds like the difficulties are equal, if not greater, in Lagos.

I don’t think it’s hard to make work in London. I’ve made work there before but I just don’t think I’ve focussed enough on it, or given it the concentration it deserves. The difference between London and Lagos is that, in Lagos, the most ordinary thing can look very interesting, just because of the way that it’s carried out, because of the lack resources that people have. So it does appear more interesting and that can be a work in itself.

Whereas, in London, things are more refined and it takes a while to search out things that are ordinary and can come across as extraordinary. That’s the kind of training I need, to force myself to look at things differently and that’s what art is all about, interpreting things in a different way.

It’s interesting you say that because I’m sure if you screened a video art work you made in London in Lagos, it could be quite extraordinary in that context.

Absolutely, you’re right. It’s a completely different kind of visual landscape. I’ve never actually screened any work that I’ve made in London here, because it’s been a while since I’ve made anything in London, but I think, moving forward, that will change. There will be opportunities for me to screen work that I’ve made outside of Lagos, here in Lagos, which will be really nice and open up that multidisciplinary dialogue, and that multicultural dialogue, that I’m all about, having lived in these two different cities.

There’s a strong focus on rhythm and perspective in your work. Is there a sociological concept behind it with regards to storytelling?

If there is, it has not been a conscious one. The idea of rhythm and perspective and all that sort of stuff was born from my multidisciplinary background. Although I studied art to begin with, I crossed over into architecture, which does have this rhythmic quality and it does have a focus on perspective. I wanted to see how I could physically bring that to life and that’s where this whole idea of rhythm and perspective came from.

If it does have a sociological focus, it was never intended to begin with but now I look back on ‘Lagos Island’ and, in going to film this work with the sand merchants tomorrow, I think it’s naturally become that way. It’s naturally become about social structures, especially in a city like Lagos.

When you talk about rhythm and how difficult it is to coordinate in Lagos as compared to London, do you think it comes through in your work?

Absolutely, the thing is that, although, in Lagos, it’s quite difficult to plan things, there’s also this element of freedom that I find working here. I don’t really know how to describe it but it does feel quite free. I don’t know whether it’s because it’s an untapped source, whether it’s quite a new thing to do. It’s a developing country so everything is changing and that’s really exciting.

For instance, if I’m filming here then I expect to have a bit of bother. I expect people wanting to know what I’m doing, people are very curious, people get angry, people get excited and I think all of that energy helps me feel, ‘right, this shot really counts. I can’t do this again’. Whereas in London, I could do this over and over again because I can, no one’s really going to bother me, so to speak. Although it’s stressful making work in Lagos, I think that energy really helps me create work that is hinged on this kind of excitement.

In your performative piece ‘pace: part five (the viaduct)’, you’ve discovered, framed and filmed an area of North London that a local might not even recognise. That reminds me of photography’s recontextualising the ordinary, finding beauty in the mundane.

I love the idea of approaching something that’s been done, and done, and done again in a different way, which, I think, is where my mechanisms come into play. I love video, I love my camera, I love filming and I love designing and building things. I like that physical making of things and I think they go quite well together.

It’s funny because I initially trained as a painter and I think that idea of framing and enclosing is something that’s carried on, even though I’m working in a different medium. It’s all interlinked, photography film, video and architecture, and I love that. In a way, it doesn’t make me feel like I’ve stopped painting, it feels like it has evolved. It’s a moving image with a mechanism but it’s still an image.

Even your processes are a form of framing because you’ve had to limit your creative energies to a schedule. Do you think that working within those restrictions conversely offers greater opportunity for spontaneity because you only have the one chance?

Absolutely. Something that I don’t like doing as an artist is revisiting things. I feel like, when something’s done then you shouldn’t overwork it too much. Although I reedit films as time goes on, the initial footage that I have doesn’t change. That makes you very disciplined as an artist because you’ve got to make the shot count and you can’t have take, after take. And although I’m working with the digital camera and you can edit things and you can chip things, it’s not static film, so to speak. I don’t make things too easy and it does give the film a sense of urgency. It just makes it feel really relevant to the moment, which I quite like.

It’s interesting you say you don’t like to make things easy for yourself because I get the sense that when things are too easy, the paradoxical effect of having all the ideas and all the resources in the world available to you, it makes it more difficult to create something new.

Exactly. I think it makes you think a lot more. It makes your brain work a lot more. I definitely don’t like it when things are too easy and maybe that’s what I feel, that London is too easy, whereas here in Lagos, although there’s a lot of material visually, it’s hard to capture it. So you have these juxtapositions but I feel as an artist you have to make things work and it’s all about adapting.**

Karimah Ashadu’s ‘Lagos Island’ will be screening at the European Media Arts Festival in Osnabrück, Germany, running from Wednesday, April 24 to Sunday, April 28, 2013.