How exquisite a little dance can be? Even more if it’s someone like Gabriel Andruzzi dancing to the rhythm of his own song.

Although on the other side it’s quite sad to see the NYC band not grabbing much attention for their third album released last September, no-one pays attention to 14 y.o. bands anymore? Too vintage for you?

A clip by Melissa Jones (& produced by her own re-launched “creative boutique” project Dream the end) which somehow reminds us to Tiga’s accelerated “you gonna want me” trio little dance, but in a NYC way. New Yorkers wouldn’t dare to dance the Canadian way, or would they?

Hope to see more stuff from the HK-born, NYC-adopted director.

Herewith, the question once again arises: what is music for? Is it the lofty high art concept propagated by such enlightened publications as The Wire? The hipster-ish dilettantism of art-as-fashion-statement via Vice? Or is it alternative music’s long awaited release from the confines of too much thinking, not enough loving? 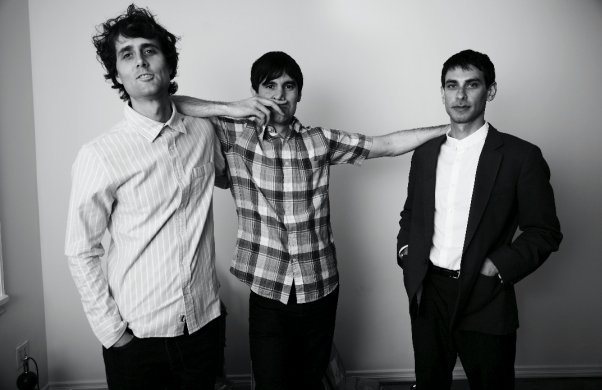 The Rapture was arguably the band to destroy the shackles of 90s slackerdom, which still had its hold on alternative music with its groove of the ‘Standing Still’ in the early millennium. At the vanguard of the newly united front of dance and rock music, the New York four-yet-to-be-three piece was heralded by the not yet dishonorable Pitchfork as the band of the future, declaring their album debut Echoes as their number one for 2003. Anyone who followed James Van Der Beek in to the Bret Easton Ellis film adaptation The Rules Of Attraction would likely never have missed Matty Safer’s frenetic bass lines from the instant hit of ‘Out of the Races and On To the Tracks’. Nudging toward the rise of The Strokes garage revivalism and a renewed contemporary interest in Gang of Four, that track, plus the opening of Echoes’ ‘House of Jealous Lovers’, would ambush those still unprepared for their synth-guitar fusion into a full-blown embrace of an electronic exploration that was way ahead of its time. END_OF_DOCUMENT_TOKEN_TO_BE_REPLACED