Appearing as part of Soundcrash festival and supported by Acolytes, the artist best known for co-founding Hype Williams has carried on solo with several projects, producing alone and in collaboration with artists like Scratcha DVA, John T. Gast, Martyn and Actress.

The Estonian artist, also known as Alina Astrova, released an EP RELAXIN’ with Lolina in February this year, and a follow-up album Live in Paris in July. Continuing to experiment within the context of electronic music, the album builds on her previous lofi and discordant work that can be characterized by a digital and minimalist composition with repetitive voice arrangements.

Another great solo show by French artist Marguerite Humeau is opening up this week, with *Echoes* running at Berlin’s DUVE from April 30 to June 6.

Her last exhibition in Berlin, Horizons, took over Import Projects with one of the best openings of the year, and she returns to the city with another feat of the imagination. In *Echoes*, we are told, the walls of DUVE are streaked with a yellow pigment as part of Humeau’s ‘Black Mamba’ installation. The pigment, sourced in Florida, contains 2 grams of fatally poisonous venom.

In front of the deadly mural are Humeau’s signature varnished white polystyrene sculptures. They too will participate in the toxic exchange of Humeau’s imagining: they will spend the next six weeks, “calmly generating potions and toxins – agonists and antagonists – as in the case of ‘Wadjet (King Cobra)’, which is engineered to produce its own antidote [and] ‘Sobek (Muhammad Ali)’ [which] produces resilient alligator blood on an industrial scale”. 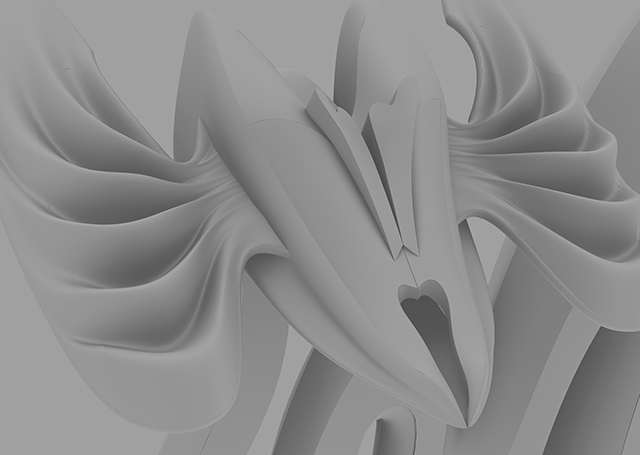