Mitterrand was… hated & loved as much as Pompidou and just like Sarkozy today (well… very probably much more loved than Sarkozy today…). Just like many other French presides he decided to give Paris its very own gift… the Louvre Pyramid which still today generates some justified controversy.

I personally don’t know if in Mexico their presides love to provide DF with architectural gifts just like French do (when there’s money), but here’s a proposal for Mr Calderón he may consider approving: Earthscraper.

Architecture firm BNKR (headed by Esteban Suárez) proposes another of their unconventional designs for Mexico’s most iconic landmark: DF’s Zocalo square surrounded by the National Palace and the local city hall… the one with the world’s biggest flag you can’t miss when landing in DF. 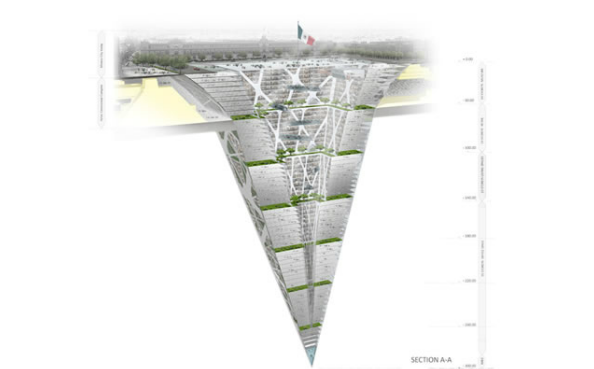 “Rascasuelos” (earthscraper) proposes an inverted tower of 300m where up to 100K people could live in…. that’s the idea. It would also have a shopping mall, leisure areas and of course… several museums & cultural spots given the amount of history that subsoil must contain. 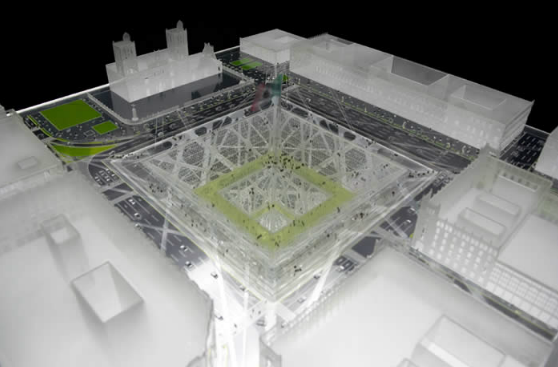 The problem is that building & developing new constructions in DF today is pretty much impossible. The city can’t expand anymore and  historical buildings are untouchable in the same way no-one can build higher than 8-story buildings. Solution? Build underground just like in Evangelion!!! The project (although still not approved) has generated a lot of buzz amongst the architectural community and many publications & TV channels (BBC, History..) will be producing several reports on this inverted pyramid. 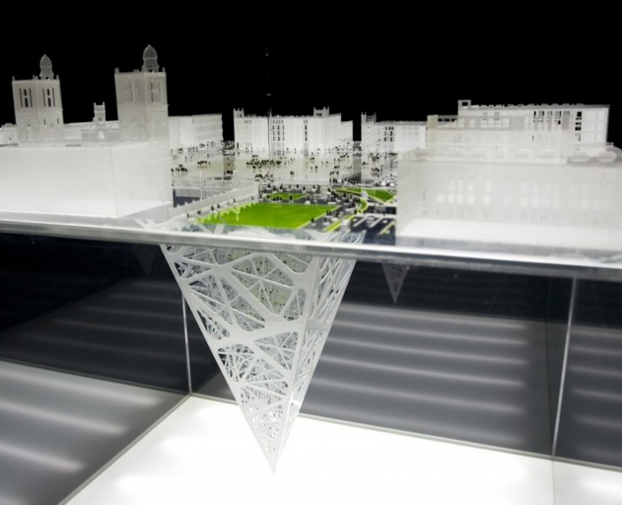