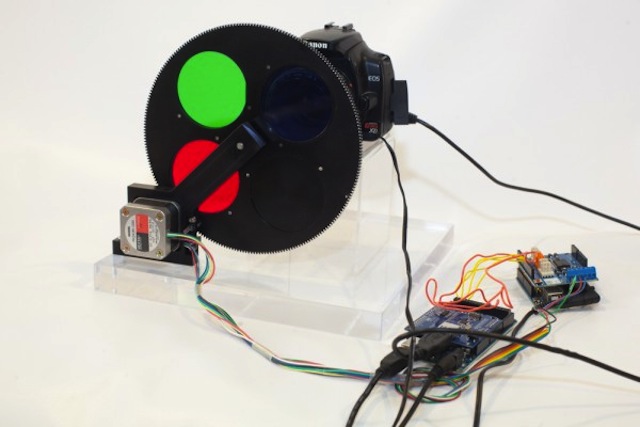 NetVVorth is an online marketplace for net art by internationally renowned artists and their impersonators. Invited net artists are asked to create a digital work in the style of (and under the name of) any net artist they want to counterfeit. In a recent online conversation with aqnb, NetVVorth creator Daniel Temkin explains that, though he set the parameters for the site, he was “lax enough in enforcing these rules and ended up with paintings, a VHS tape, and counterfeits of Ai Weiwei and Truman Capote.” The work was then presented under the counterfeited artist’s name, with the real creator kept anonymous. If you buy one of the pieces using open source peer-to-peer currency Bitcoin, you are given a written provenance and the name of the counterfeiter is revealed.

The collection of works for sale on NetVVorth’s shadow market seeks to expose net art as a viable investment for wealthy collectors, also providing a site for hiding illicit funds from around the world. This kind of tumult and intrigue might seem uncommon to the field but Temkin reminds us that counterfeiting and embezzlement have long been part and parcel of the art market.

As a programmer, Temkin creates interactive works that explore “broken patterns of thought.” In 2010, he designed his own programming language called Entropy: “a programming language about giving up control. All data decays as the program runs: each value alters slightly every time it’s used, becoming less precise. An Entropy programmer needs to abandon the pursuit of precision which most programming demands –often working against years of habit –in order to program effectively.”

Incompleteness, uncertainty and volatility are common threads in Temkin’s work and an integral part of NetVVorth’s concept as well. We discussed the economic vicissitudes of dealing in digitally native currency and potential ways to subvert the importance of an artist’s personal brand.

“Everyone involved in the project is listed on the site, but not connected to the work. I hoped this anonymity would give the artists freedom to experiment in ways they wouldn’t feel free to with the pressure of releasing work under their own names. They were freed to completely bite the style of another artist, which you almost never get to do.”

I like the idea of destabilising the artists’ personal brand, through counterfeiting works. It seems like a good way of challenging the ever-increasing call for self-optimisation and potentially reclaiming the ‘public’ nature of the Internet in some way…

Daniel Temkin: Yes, when we try to understand a piece, we contextualise it within the artist’s body of work to help understand it, in terms of what this artist is interested in, what questions they explore in their work. But this can also be a trap for the artist.

The same piece presented as my work or presented as someone else could be read radically differently. Counterfeiting gives a way to bypass this, we pick the context we want by placing the work in a different history; it carries the aura of an artist we pick instead of ourselves.

This is an old issue for artists, where they teach their audience to read the work by going deeper into specific ideas over their career, but can sometimes back themselves into a corner along the way. Some net artists, fueled by the immediacy and public nature of the work, have more deliberately cultivated online identities –something Brad Troemel has described as artists functioning as “mini-corporate brands”.

I want to encourage what I see as the more positive flipside of immediacy in net art: the sloppy, half-finished pieces posted online, and then corrected and corrected again, becoming work that is never entirely complete –the opposite of slickness.

When you sell the works, where does the money go? To the counterfeit artists or the original? Who “owns” the rights to the sold works?

The counterfeiters (the people who actually made the work) keep the rights, and they’re the ones who get paid for the works. I structured NetVVorth to try to include all the counterfeited artists I could, so that people who are represented in the show (with or without their consent) would have a shot at making a counterfeit themselves. I started with a small group, and each artist they counterfeit was invited to participate as well. Of those counterfeit, only one that I know of had an issue with being counterfeit and I’m still hoping they come around and make something themselves next time.

The works on NetVVorth are purchased using Bitcoin, which until recently was tied to MtGox. Can you talk a bit about what happened there? And how the recent change has or will affect sales on NetVVorth?

DT: Ha, yes, we still have the MtGox buttons up for the moment, are still figuring out which exchange to move to…

NetVVorth is a digital shadow market, so Bitcoin was the obvious choice for currency with its association with other grey/black market sites. At the time, MtGox seemed like the most stable, or easiest exchange to work with; also, Transfer Gallery already had a MtGox account from their LaTurbo Avedon show (who coincidentally just made a shrine to the now-dead exchange).

We knew Bitcoin itself was unstable, and I warned the artists that their prices would be highly volatile. How they reacted to that was interesting; there was one piece that had a starting price of 69 BTC (about US$50k at the time), and another priced at the Bitcoin equivalent of $5, with an edition of 10,000.

A few months after it went live, as MtGox became volatile, we had works that were suddenly priced at $1 or less –but there was no way to buy into it unless you had money in MtGox already, as they were overloaded (and of course we would have lost any money we made at that point anyway, but it still would have been great if someone bought dozens of pieces for almost nothing).

The volatility of the shadow art market is part of its appeal for wealthy investors who want to hide funds in art, so we welcomed the MtGox instability, even with the technical issues coming out of the crash.

Can you explain what you mean by “hiding funds”? I’m not sure I understand how this volatility would be appealing to investors…

DT: Volatility serves as a screen, justifying huge changes in the value of works (many of which have prices that are secret). The art world functions very differently from other industries; secrecy is the norm. Collectors can make trades, bartering works without leaving records if they wish. According to Fausto Martin De Sanctis’ Money Laundering Through Art, although museums and auctions keep records: “among private collectors or investors, wealthy or not, records are not kept, and proof of legitimate ownership hinges on finding a receipt, petty records or even photographs.”

Ethical conflicts, such as dealers who appraise the very same works are the norm in the art world. It is very hard to tell if work is greatly over, or under-valued. The lack of proper rules or monitoring of artwork serves both money launderers and blue-chip investors who want to hide money in art.

In an earlier email conversation with aqnb –before the death of MtGox but while it was already quite unstable –you mentioned that you would like to “keep that parameter the same, and let the market determine the price entirely, especially the crazy MtGox Bitcoin market”. Does being subject to that volatility also offer a chance to critique the mechanisms of capital & the art market’s ties to it?

DT: Netart doesn’t yet get even close to the huge sales that photography (let alone paintings) can go for (and let’s face it, the most expensive photos are still primarily 19th century paintings in photo drag, like Gursky, or works significant only for historical reasons)… part of NetVVorth’s mission is to promote net art as an investment. Because art’s shadow market is so closely linked to the “legitimate” art market, proving that a shadow net art market could work, should say something about investing in net art generally.

And net art has some advantages over traditional art styles. When you sneak a painting across borders, there’s a chance you’ll be caught; this happens pretty regularly, like the recent Basquiat that showed up at JFK as an anonymous $100 painting. Net art can be seamlessly transferred around the globe with nothing physical changing hands.

The works in NetVVorth are all counterfeit, yes (with the perceived value of the work perhaps relying on some level on guesses as to which of the net artists involved actually made the works), but they do come with provenance. The collectors’ names are not revealed, and neither are the true artists, but when a collector wants to unload a NetVVorth piece, we can privately verify their claim to the work.

Is there a strong political impetus behind your use of Bitcoin and these exchange networks in the sale of counterfeit works, other than the desire to promote net art as an investment? You are in fact penetrating and altering a system that is often considered abstract, objective, and highly controlled by a small group of individuals (the art market).

What does the future hold for NetVVorth?

DT: A number of artists have reached out to me after NetVVorth went up who want to participate (including some people who were invited for the first round, but didn’t really get it until they saw the results). I’d like to do another round, something with the same premise but a new design and approach, and a new group of artists. I’m aiming to release a second site late this year. **