Over 3,000 square meters and 18 rooms of the museum’s spectacular Lichthof will be filled with the artist’s oeuvre, including pieces never before shown in Germany as well as those specifically designed for the exhibition at Martin-Gropius-Bau. The exhibition, the largest to date for the Chinese-born artist, invokes the crime series lingo of American TV, perhaps an allusion to the artist’s own contentious standing in his native country. 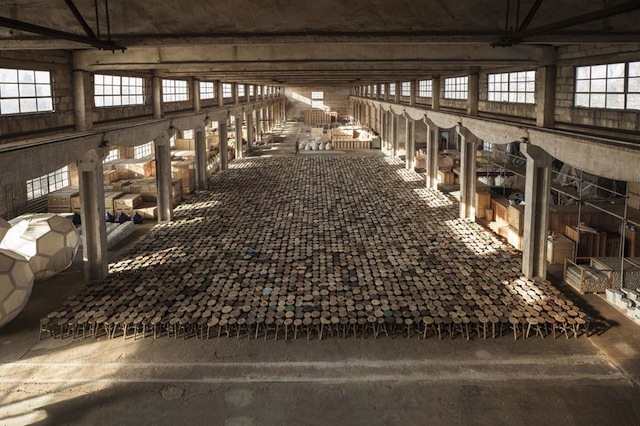 In an era when censorship and art rarely appear in the same sentence, few things are more shocking than an artist being arrested for a bit of dissent. Yet, such things still happen and are too often quickly brushed aside as the extreme consequence of the odd repressive regime.

More than 40 days ago, as Chinese artist Ai Weiwei was about to board a plane in Beijing, he was arrested and taken away to an undisclosed location. He is still detained and he was not allowed contact with his family, friends or lawyers until a few days ago. Sunday he was finally given permission to briefly meet with his wife, in the presence of his jailers who warned her that she was not to discuss the visit as it could “be bad for Mr Ai’s case”. Ai Weiwei is the artist who contributed to the design of Beijing’s Olympics Stadium, that big bird’s nest that has come to represent an event that was meant to show that China was ready to open itself up to to the rest of the world…

This is nothing new for Weiwei who was put under house arrest in November 2010 when he tried to turn the forced demolition of his Shanghai studio into an event. He had initially been invited to build the place at the cost of over £600.000 which was then declared illegal and earmarked for demolition because, according to the director of the urban construction department in Malu township as quoted in News of the World, “Ai’s studio did not go through the application procedures, therefore, it is an illegal building”.