Karen Archey, Jace Clayton, Tere O’Connor, and Cheyney Thompson discuss the direction of contemporary art in “From Minimalism into Algorithm”, hosted by NYC’s The Kitchen L.A.B. on September 23.

The Kitchen L.A.B. (whose acronym stands for “language,” “art,” “bodies”) has established a practice of inviting artists from various fields to discuss the language of art and respond to it in both conversation and artwork.

For their latest event, organized collaboratively by The Kitchen and participating artists, the discussion examines the seriality of Minimalism and its connection to the seriality of modern generations in the wake of digital technology.

Like the exhibition that precedes it, the catalogue comes as the creation of Karen Archey and Robin Peckham, done in collaboration with the Berlin design team PWR Studio. Diving even deeper into the “online intellectual milieu in which it was first conceived”, Art Post-Internet: INFORMATION/DATA uses extended exhibition essays by Archey and Peckham to expand upon its original themes.

And, like the exhibition, the catalogue presents a diversity of opinions and oral histories from artists working in the ‘post-internet’ realm, including those of artists Cory Arcangel and Bunny Rogers, critic Ben Davis, and museum professionals like Ben Vickers and Omar Kholeif. 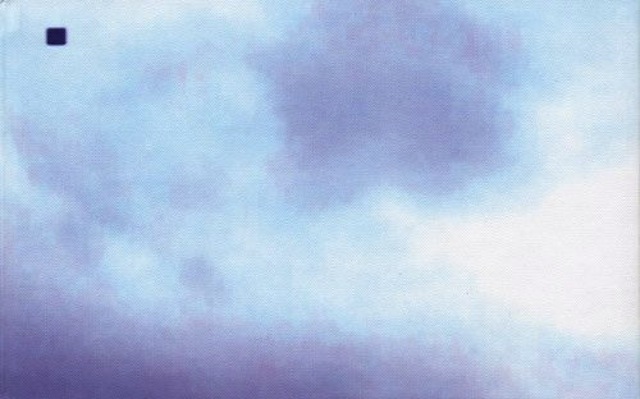 Opening Times – a digital art commissioning body whose primary means of encounter and body of work exists online – was launched on June 2, 2014.

The not-for-profit platform launched with a handful of concurrent projects that give evidence to Opening Times’ comprehensive range, including a new commission by artist Ruth Proctor, a research project by writer and artist Nicholas O’Brien and a selection of work from resident artist Nicolas Sassoon, as well as an online reading resource edited by Art Post-Internet curator and writer Karen Archey.

See the Opening Times website for details about their current collection. **

The lede of the press release for UCCA’s upcoming Art Post-Internet exhibition in Beijing promises to offer “a critical examination of an inter-generational group of European and American artists for whom ubiquitous digital transmission is the norm.” And sure enough, the line-up of artists and collectives featured in Art Post-Internet flits across the Western art landscape, highlighting the works of many art world forces, including the likes of Marisa Olson and Bernadette Corporation among the other 40+ featured artists.

And while the bill is impeccable, the conceptual cohesion of the exhibition appears ambitious at best, and dubious at worst. The apparent ambiguity of the term ‘post-internet’ presents the first point of contention, with various interpretations floating about the virtual and physical world and shifting rapidly, already threatened to extinction by the hyper-acceleration of the very culture it proposes to represent. Understood to mean not a culture past, beyond, or after the internet, the term “post-internet” – as Olson proposed in 2008 –instead references one so deeply embedded in and propelled by the internet that the notion of a world or culture without or outside it becomes increasingly unimaginable, impossible.

All this begs the question: if we are to understand post-internet art simply to mean art created within the modern milieu, in which we inevitably live our lives on the internet, then what meaning or constructive quality can the term ‘post-internet’ bring to the table? The spectrum of art works represented in Art Post-Internet seems to answer this question without distinctly asking it, as the monolithic exhibition yokes together works as diverse as the idiosyncratic, lo-res videos of Petra Cortright, the installations of Aleksandra Domanović as provoked by the ‘Turbo Sculptures’ of former Yugoslavia, the simulacrum-like paintings of Juliette Bonneviot, and the stock-image inspired explorations of Timur Si-Qin all under the same umbrella.

One of the most significant names to grace the exhibition is that of Munich-born author and filmmaker, Hito Steyerl, whose recent videos act as a melancholic meditation on the notion and absence of visibility and how it is transformed through technological developments. In 2012’s ‘Zero Probability’ with Rabih Mroué, Steyerl explores the impossible, a person disappearing into thin air, and posits it within digital culture, asking: “How do people disappear in an age of total over-visibility?… Are people hidden by too many images? Do they go hide amongst other images? Do they become images?”

Another influential contributor to Art Post-Internet is Kari Altmann, whose use of the language and structures of consumption further conflates the notion of virtual vs. real. Tackling the emotive aspects of internet life –whether in her exploration of its “emergent spirituality” or in her dealings with the notion of affective labor –Altmann’s work cuts to the heart of the matter: how does the internet change how and what we feel? The fact that the majority of her work exists only virtually, converted –or as Altmann says “exported” –into physical form purely for the purpose of exhibitions hints to the changing landscape of the art world. As Altmann says, “[e]verything is live.”

The unruly and frantic videos of Kari Altmann seem worlds away from the melancholy ambience of Bunny Rogers’ work, whose innate poeticism travels seamlessly through various mediums –from musings on childhood, nostalgia and exploitation in her YouTube-assisted installation ‘If I Die Young’, to the shivering still-life installation of ‘O Columbine (Wo ist mein bruder)’.

It’s not until one hits upon the work of another integral contributor to the exhibition that the lofty classification of Art Post-Internet starts to congeal and find form. Harm van den Dorpel flits between mediums with his pieces, jumping from more classical physical media such as sculpture and collage to his necessarily virtual websites and online animation. But it is the trajectory of his ‘Dissociations’ that outlines the umbrella under which the works of Art Post-Internet fall: the notion that it is not the style nor the content of the works at play here, nor even their chosen medium or mediums, but rather the interconnectivity between ideas and forms, the very practice of creativity and the process by which it is realised.

When UCCA stresses the ‘inter-generationality’ of its artists, it is a helpful hint to the nature of the exhibition itself, peppered with ‘post-internet’ artists building their respective oeuvres standing on the shoulders of Net art influencers like Vuk Ćosić, Alexei Shulgin and Olia Lialina. In this respect, Art Post-Internet proves from the onset its awareness of the complexity of its subject, crafting an exhibition that aims not to present it as a coherent and cohesive discipline but rather as a dynamic process of cultural evolution. **

The Art Post-Internet group exhibition is running at Beijing’s Ullens Center for Contemporary Art (UCCA), March 1 to May 11, 2013.