There’s not much in terms of a press release beyond the name and the date to elucidate on what to expect but given the nature of the title and Woolley’s involvement in art metal band Lead Pipe, one can only imagine the aesthetic. Woolley and the band also contributed a track to Mat Jenner’s Foam project and curated the epic K.I.S.S group exhibition at London’s Generation & Display, a North Acton gallery in an industrial area that’s not unlike the one of the Omega Works space of Lima Zulu. 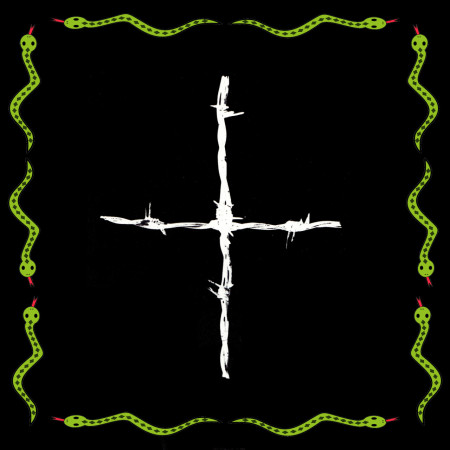 Out at the boundary of Travelcard Zone 2 and Zone 3 in London’s North Acton, an industrial space-become-artist studios restored with scrap materials by sculptor Henry Krokatsis houses a sunken concrete front floor with a roller door that’s now a gallery. Nestled between food production factories and reachable through a carpark, Generation & Display is about fifteen minutes walk from the nearest overground train station and probably presents the future for the group of artists exhibiting at its inaugural show, Keep It Simple, Stupid! (K.I.S.S.), running March 20 to May 2, if they choose to stay living in the UK capital (assuming they haven’t left already). Rising rents means fewer affordable work spaces closer to the city centre, with the artists that once lived in those areas having to consider moving further out, and with that a so-called ‘scene’ of connected artists that make up the 24 peers of artist and K.I.S.S. curator Charlie Woolley.

Herein comes an artwork (almost) each from a range of artists familiar to an aqnb audience, including but not limited to Harry Burke, Matt Welch and Leslie Kulesh, Takeshi Shiomitsu, Emily Jones and Mat Jenner. An invigilator tells me the exhibition is a “highly conceptual” one, but that’s a notion that’s perhaps hard to grasp on the basis of the press release that ends by simply stating: “They are friends”. But maybe there is a link between the 24 works, which include two untitled collaborative prints by Holly White and Ben Vickers, one of which announces, “London changes. London changes everything. Everything changes”. ‘Everything’ but the bad bits it seems, as Nina Wakeford’s ‘A Poster Made By Me in 1984’ (2012) echoes the endless cycle of urban decay and ‘revitalisation’ in the cluttered text of a red and white print behind glass saying “ARE YOU A gin sippin’ fox huntin’ union bashin’ strike breakin’ thatcher adorin’ youth exploitin’ future shatterin’ rapidly disappearin’ young conservative”. Three decades later something’s disappearing, but it wouldn’t be the Thatcherite thrust towards privatisation as temporary resident Jaakko Pallasvuo‘s work comes in an email to Woolley with his ‘15 New Works’ (2010). It features ten titles with short descriptions numbered in a list that includes, “3. So No One Told You Life Was Gonna Be This Way: I asked a person to stand behind me and watch while I browsed through their Facebook profile”.

If the Facebook backlash is to be believed, a person is only capable of having 15 intimate friends, but at least all of these 24 know each other and perhaps the reference to Facebook here is important. That’s not only due the networking platform’s loose notion of what ‘friend’ means, but because the K.I.S.S. artists are of a generation who probably utilise such social media platforms, in one way or another, both out of choice and necessity, especially given the peripatetic life of the precarious artist. London-born, recently New York- and now Berlin-based artist Hannah Black‘s three printed sheets host short texts of a pained and deeply emotional ‘Scripted Reality’, while East London resident and writer Huw Lemmey presents the ‘Cumdrain’ of political resistance in a grayscale photocopy of digital space inhabited by hand-drawn riot police.

Caspar Heinemann‘s pink-hued print of tools and a junkyard totem ‘Eat Fist!’ (2015) looks across to Jesse Darling’s ‘Masc Irade’ (2014). It’s suspended almost in the centre but just off of the room, its structural steel tubing stretched out and connected to pram wheels and held precariously together by a Poundland plastic bag. It looks part mobile shopping basket for the elderly, part heavy duty hand trolley, and a lot like the flimsy budget bag is working out on a Lat Pulldown machine. That, along with the scanners and cranes of Hana Janečková‘s ‘Life Support’ (2015) video, the Argos workstation and dead roses of Sam Griffin’s ‘Stroop’ (2012) and Paul Kneale‘s interactive and untitled compact disc microwave, make K.I.S.S. seem less a show about some friends and more about artists on the edge. **