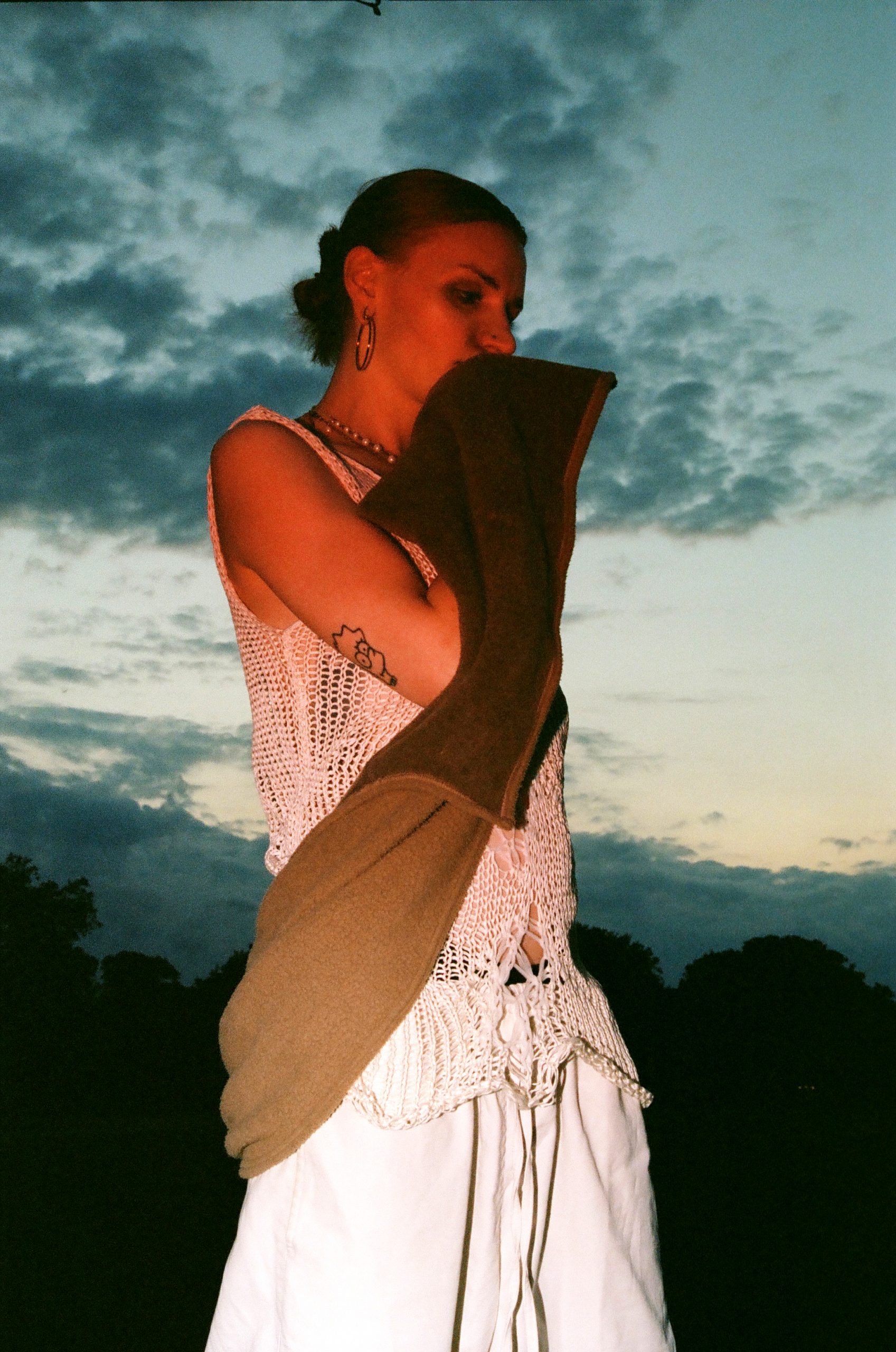 Wherein deeply rooted foundations define grime, dub, and drum-n-bass, aya takes these genres to the extreme. Her maximalist production on ‘That Hyde Trakk’—released on Triangle Records under the previous alias LOFT—and edit of Kryptic Minds’ 2013 single ‘Badman VIP’ showcases the mania-driven dance through a variety of complexions. It’s no surprise this hyperbolic and infectious approach to UK club music earned her a release on Hyperdub, the label she’ll perform alongside at Lunchmeat Festival in Prague that runs from September 27 to October 2, 2021.

Despite a febrile attempt to gain perspective on her nearly 10-year tenure in the United Kingdom’s electronic music circuit, our conversation enters a different set of principles underpinning her work. Foremost is understanding exaggeration and absurdity outside a politically subversive means. This approach, abundant across Sinclair’s visual and music style, offers a more accurate mode for self-expression, whether for signaling facial gestures during live performance or recalling an overwhelming and isolated after-hours during the pandemic quarantine.

Regardless of presentation, it’s clear that aya retells experiences through paradoxical and multitudinous dimensions. If one expects a particular motive behind her work, it might be the opposite altogether. Sometimes it’s probably best not to take the meaning so seriously either. aya goes into this further over email.

**I’m not from the UK but I sense there’s a few gendered expectations people have when it comes to who’s involved in the club music circuit. Since joining the scene, have you seen that change?

Aya Sinclair: havin been in and around club spaces in the uk for 10 or so years i have seen social attitudes toward gender in dance music change – esp. given the rise in (and subsequent corporate co-option of) ID politix . aand as someone whose outward expression of gender has changed since beginning to play gigs , doubl yes , i have experienced a change in the way i am treated by people on both sides of the dj booth .

howevr i feel like this would not be asked as an opening question to a male artist , much less an artist whose gender ID matches that they were assignd at birth . i appreciate this is probably to serve as contextualisation for the work i make but i feel it misses the point of being inclusive of my experience by leaping directly over the work to  m y   g e n d e r .

**There’s this camp element to the visual part of your work that’s been consistent for a while now.

AS: i don’t really identify with camp aesthetics . i’v literally seen about half of pink flamingos once and it’s proper proper not my thing . i like slow polish films about nuns . i suppose the large messy stage makeup i used to do could be understood as camp bc of the conflation of that with drag aesthetics ( drag culture also proper proper not my thing, no offence ) . to me it was about creating a mask that amplified my facial expressions,  maybe the intention is similar to drag ( ? ) but that tradition deffo stretches back far furthur than 20th century camp aesthetics – food for thought hmm . . .

**Your latest video with Sweatmother appears to take these ideas with a more self-reflective attitude? What was the basis for this release?

AS: the video was primarily an opportunity to get my sik widow’s peak out ; some might call it a receeding hairline , some might call it a secondary sex characteristic – to either of those people i’d say , well , live a little . on a real tho , if ur intention with a video is to show the haze of a 2 person mid-lockdown afters deep deep inside the hole , i guess things are gna get self-reflectiv , , ?

**There’s also this turn from the more absurd in your older works to a concrete and present experience. Can you talk a bit about that?

AS: heh wait til u hear the album – don u worry the absurd is not goin anywher i don have much control ovr that .

Lastly, you both have prepared an AV set. What can we expect?

aya’s album i’m hole is released via Hyperdub on October 22. You can also buy tickets to her performance with Sweatmother at Lunchmeat Festival in Prague, which runs from September 27 to October 2, 2021.