In honour of the project, the Fowler is throwing a party on the 17th to celebrate “the creativity and drama of African art, culture, music and dance”, with three artists featured in the exhibition—Saya Woolfalk, Brendan Fernandes, and Wura-Natasha Ogunji—presenting their work and participating in live performances throughout the museum, followed by a party with beats by Afro Funké.

The exhibition, originally organized by the Seattle Art Museum (SAM), is the culmination of twelve contemporary artists selected by curators Pamela McClusky and Erika Dalya Massaquoi to represent the core themes of the show and the eight artists commissioned to produce new work for it.

See the FB event page and press release for details. ** 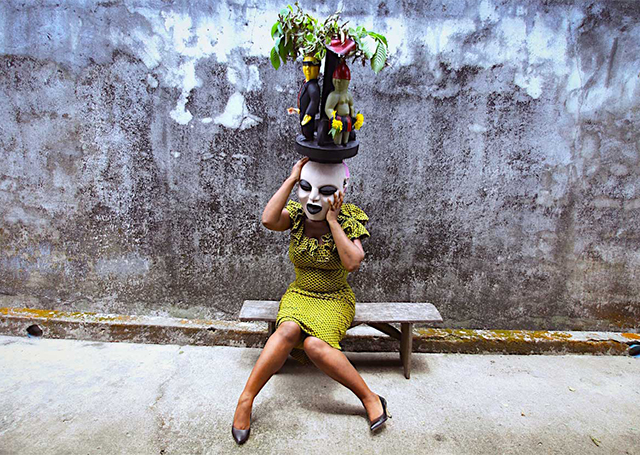