Second Foundation is hosting its inaugural reading group at London’s White Building on the evening of August 26.

The reading, hosted by the cybernetics and “collective pedagogies” group Second Foundation, is inspired by Roy Ascott‘s ‘Groundcourse‘. The so-called radical pedagogy was inspired by cybernetics and developed by Ascott “to integrate art, science, and behavioural studies” through various practices and experiments.

The programme will consist of a reading group “guided by chance operations” and will feature texts inspired by and echoing the practices of ‘Groundcourse’, as the evening’s participants are encouraged to “engage in mind-mapping while reading, creating a wall of observations and insights to be re-configured throughout the evening”. 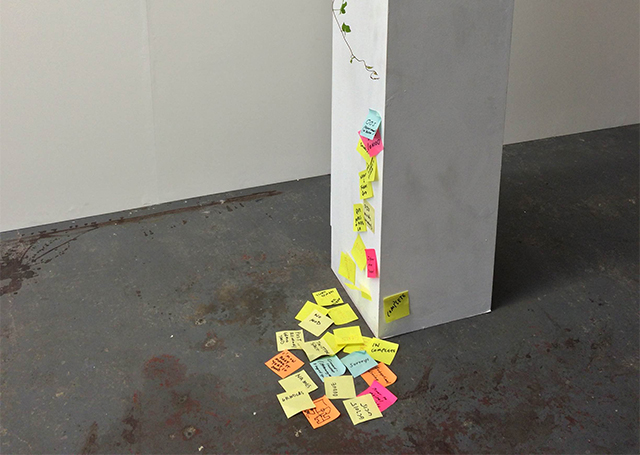 James Bridle will be presenting a lecture, On the Rainbow Plane, at London’s White Building, February 26.

Named after a mysterious Google maps photo of a plane that comes up rainbows, the technologist and mind behind the concept of the New Aesthetic, who writes on his own blog booktwo.org, will be investigating “the relationships between the public understanding of technology and networks, and the classification  of people and things performed by technologies”.

As part of the inaugural White Building/Eyebeam Residency Bridle will be outlining his work across the embedded politics in the technological gaze, to data shadows, immigration and rendition, while his most recent blogpost on watching deportation flights, ‘Planespotting‘, might help with prep.

A talk and performance from Berlin and Amsterdam-based artist Constant Dullaart, Rave Lecture: Performing in the Network, is happening at London’s The White Building, December 20.

As one for playfully examining transparency and visibility both on and offline, Dullaart will be exploring “networked non-spaces where performance can appear” through a laser projection, “bespoke performing WiFi network” and “curated” DJ set of euro dance-inspired tunes collected from his travels in the economically ’emerging’ BRIC (Brazil, Russia, India and China) countries.

London-based artist Lawrence Lek will lead proceedings at East London’s White Building, along with his nomadic Public Assembly platform to explore “the use and abuse of architecture as a system of political control”. With all this talk about online interfaces constructing our (virtual) realities, it’s good to see its the bricks and mortar beginnings haven’t been forgotten.

“As definitions around queer subjects continue to shift in an era of increasingly fragmented identity politics, can we argue for a queer modernism? Does queer modernism exist, and if so, what would the sculptural object of queer materiality look like? Can it be detached from the politics of representation? This talk seeks to consider the position of queer subjects in society, and to consider the relationship between postcolonial theory, abstraction, and queer objects.”

With over sixty galleries and artist-run spaces participating, the Art Licks Weekend is one of the most consistently interesting features of London’s art calendar. By dint of its disparate nature and vast geographical stretch, though, it suffers from a problem of identity. With venues pock-marking the map of East and South London, it’s difficult to impose a unifying character on it- and there remains a question of just how far a festival that celebrates independence can go towards suppressing its constituent parts into a homogenous whole.

For sculptor Lawrence Lek, the challenge was to find an imaginative solution to these dilemmas. Working in collaboration with Valentina Berardi, Clifford Sage and Andi Schmied, his response was as thrillingly progressive as it was ambitious: if the galleries can’t be brought together geographically or thematically, why not unite them virtually? Working from his studio in Hackney Wick’s The White Building, Lek and his team sought to put the idea into practice.

Bonus Levels, a first-person computer game that brings twenty of the space’s participating in the Art Licks Weekend, is the stunning result of this brainwave. Three laptops rest on perches under a crosshatched wooden structure with images from the screens projected onto the walls of the space around it. On the screens themselves, the visitor finds themselves in a hilly landscape, rendered into the stylised visual argot of 90s Nintendo games. In the middle of a digitally undulating lake stands an enormous, angular tower, of which each floor painstakingly recreates the floor plans and layout of the galleries involved.

The tower’s appearance- accurate digital facsimiles of existing galleries piled high, one atop the other- is, as Lek explains, no accident. Its jagged, unwieldy lurch is reminiscent of some of London’s more blustering new skyscrapers- apt, given that the colossally expensive Olympic development towers are a hop and a skip to the east. Jumping from floor to floor, the player can take in a view of the idyllic virtual panorama, and, if they so wish, plummet twenty storeys to the ground. The point-of-view combined with large-scale projections make for a gloriously cinematic experience. If nothing else, it must be the only computer game ever to feature a blueprint for the Elephant & Castle Shopping Centre.

The participatory aspect of the work is as refreshing as it is conceptually satisfying. Lek encourages the player to become a “digital sculptor”, pushing around gallery walls and rearranging materials. Inspired by the theories of the Metabolists, who combined architectural principles with ideas of organic biological structures, his vision is to keep the game running online in perpetuity, adding new floors and maintaining it as a ‘living’ project.

Bonus Levels’ romantic landscape- a violent contrast with the post-industrial drabness of Hackney Wick- is by no means incidental to the work either. While it may be overstating the case to call it a ‘political’ work, it functions as an intriguing comment on the plight of London’s independent galleries and artists; priced out of areas once synonymous with creative endeavour, they find themselves relegated ever further towards the city’s margins- might means one day relocate them from bricks and mortar to pixels and graphics? Brevity precludes an essay on late-stage Capitalism, but Lek articulates these worries with effortless dexterity.

Bonus Levels was part of Art Licks Weekend 2013. It will be available for download soon from bonuslevels.net.

Coinciding with Create London’s Open East Festival, the White Building in Hackney will be opening the doors to its studios for public viewing over the weekend, July 27 to 28. For two days, artists Sam Ashby, Jesse Darling, Fabienne Hess and Jon Rafman will be showing their works in progress, ranging  from film, sculpture, publishing and photography, along with special guided tours, performance and a workshop. Entry is free and you can see the White Building website for more details. **