As part of the larger exhibition and the Frontiers in Retreat residency, Excavations has launched the we heart copper hearts us website, hosted locally on a web server situated inside a ‘copper tunnel’ at HIAP‘s Gallery Augusta in Helsinki .

Excavations, the second exhibition by the International Artist Programme within the Frontiers in Retreat project, runs at the Finnish gallery from June 13 to August 30. Curated by HIAP’s Jenni Nurmenniemi in dialogue with Saara Hannula of The BodyBuilding Project, the exhibition moves “between underground and aboveground in both theme and method”, functioning as a site for various forms of artistic excavation.

Running as part of the exhibition is the new we heart copper hearts us website, featuring the work of Siru Juntunen, Mikko Laajola, and Mirko Nikolić with Romulus Studio and following various conversations around different social media about copper, one of the longest-standing companion elements in human history. 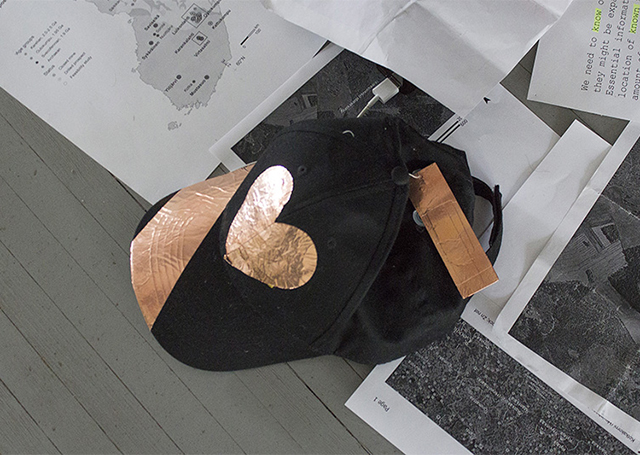