Ramen music is one of the best on-line music zines on the planet, no joke, but we’ll talk about them another day. Their upcoming issue cover (n9 already) has been designed by Phil McAndrew (whole process this way), and we tell you… this is their first, but not their last collaboration… 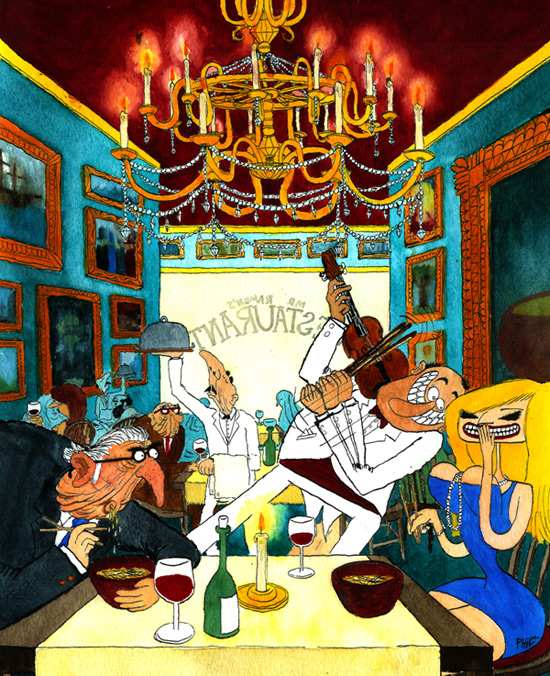 After so many exhibitions (the last one about Cloudy Collection), works for big, small and tiny magazines, brands and musicians there are few things left from the Syracuse cartoonist, except, maybe… us.

(Funny to see how he’s got many more followers / friends on google+ than on fb, twitter or else). Anyway! Phil is preparing a new book…which managed to partially fund via Kickstarter last May and if we’re lucky, it will join the long list of kids, sharp minds and comic books he’s been releasing over the past 6 years very shortly.

As a self-publishing expert Phil knows how hard it is to get partners on board, but now he’s pretty well-known so it shouldn’t be a problem from now on to get all those super-secret projects out in the daylight. Hopefully we’ll get to see not only that personal comic book but also his other formal book on advices for new illustrators project. This year should be.