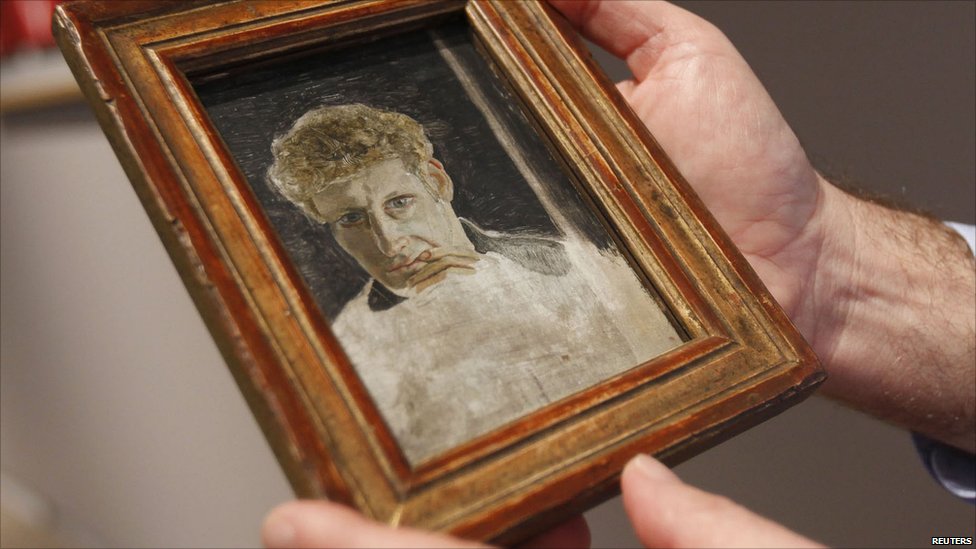 To stand out in the crowded graffiti world you have to be either a virtuous (mostly mastering and mixing all techniques), be an old legend, or place your doodles and tags on the most unconceivable places and walls. Patrick Baillet attempts to do all that by bringing his classical pieces to abandoned buildings & squats.

Artist & teacher Baillet has explored a little bit of everything to bring his art to life exploring several trends (hyperrealism, xerox-art…). And his latests photographic works capture many of these hidden classic-graffs on ” espaces palimpsestes”. Currently being exhibited at the central Parisian gallery Lazarew, the exhibition has been extended till the end of August.

Burra is without any doubts one the UK’s watercolour masters, but at the same time one of those magnificent Brit painters often written out of the story of 20th-century art. Tate hasn’t done a a retrospective of his works since 1973 but a few of his best pieces like this carnivalesque representation of the war horrors can be seen at the current “Watercolour” exhibition @ Tate Britain (until August 21st).

We’re not that big fans of the exhibition as a whole (and won’t criticize it because we’re not here for that) but there are some amazing pieces from the colonial scientific exploration (Sydney Parkinson’s plant drawings…) or the XX century war coverage (the nasty but precise facial disfigurements) that you’re only able to see when Tate decides to pull them out of their drawers… and that’s once each 3 decades so….

But going back to Mr Burra… the half surrealist – half modernist, half painter – half-costume designer deserves another retrospective @ Tate, because it’s been nearly 40 years since London really paid attention to his works, just before dying in 1976.

He never found a place in the contemporary British art history, maybe because he travelled too far away? or because he flirted too much with the urban underground rather than contemplating the landscape? or simply… because he preferred watercolour to oil..?

In any case, while you can see many of his works on-line thanks to the wonders of technology & the courtesy of the Tate Collection, and while we wait for another dedicated exhibition @ Tate (it’s about time Mss Curtis….), maybe you should consider paying those 11£ for a bit of gum arabic + gouache + vellum surprises, and some of Burra’s best pieces.