The 15th edition of CTM Festival in Berlin will be running under the theme Dis Continuity next year, from January 24 to February 2.

With an aim for encouraging “dialogue between past experimentation and a rising generation of creative minds” there’ll be music from the likes of 1991, Metasplice, James Holden and Mika Vainio, along with commissioned works from P.Node and Lukatoyboy, as well as multi-instrumentalist Kathy Alberici and analogue film artist Martha Jurksaiti.

The exhibition at Kunstraum Kreuzberg / Bethanien will be called Generation Z : ReNoise, exploring Russian pioneers of sound art and musical technology in the 20th century and curated by interdisciplinary artist and former director of the Theremin Centre for Electroacoustic Music at the Moscow State Conservatory Andrey Smirnov. 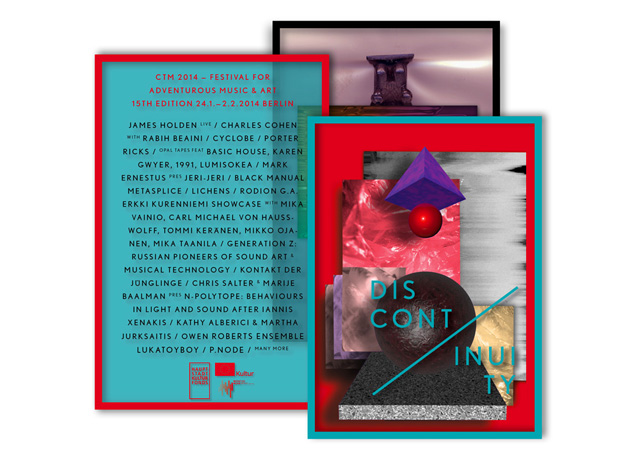