Kicking off the press release with a William S. Burrough (as featured in Tess Edmonson’s essay for әṾӨȻΔ? and included in a volume by Johanna Lundberg and Vincent de Belleval in the show), the exhibition starts with the idea of language as virus.

“Can language be used against itself?” is the question asked, the show exploring ways in which the body shapes language and how the future will shape our experience of sound. 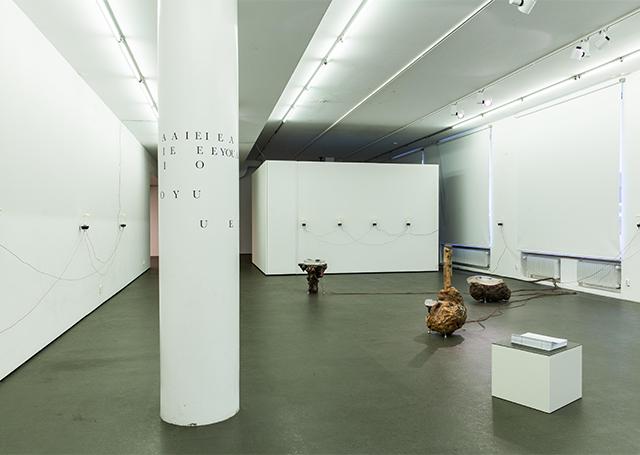