Presented as the ninth edition of the Curators’ Series, the self-organised space will present works by 16 artists —emergent and historical —who “occupy and transform spaces”. Those artists whose practices aim to politicise the places that locate them include Hannah Black, Sharon Hayes, Holly White, Peter Hujar and Jesse Darling among others.

The event, that seeks work that functions in a way that is “inverse to the individualised, satellite modes in which we are increasingly expected to work” will open with a new performance by Beatrice Loft Schulz and DJ sets from Juliana Huxtable and Goth Tech.

Created by artists Hannah Quinlan Anderson and Rosie Hastings, the party series has always combined LGBTQ activism with sweaty good times, and tonight’s no different. “The GAY LIBERATION FRONT became the GAY ACTIVIST ALLIANCE,” writes the event press release, which “became the Stonewall Movie but the G always stood for G-A-Y always stood for WHITE CIS GAY MAN and for transphobic lesbians who clock misogyny but not transmisogyny and racist radical queers”.

Kicking off with a reading performance by Collyn Filani, the night will also feature tunes by DJ Kerrigan aka Natasha Lall, Summer Faggot Deathwish aka Sam Cottington, and Tschan aka Tschan Andrews.

Arcadia Missa‘s How to Sleep Faster exhibition and book series launches its sixth edition, running at their London location from August 27 to August 29.

The ongoing publication and exhibition series published its first edition in 2011 and has featured some aqnb favourites throughout its five previous editions, including Jesse Darling, Paul Kneale, Huw Lemmey and Ann Hirsch in issue #4.

For its sixth edition, How to Sleep Faster asks: “How can we fuck in a way that doesn’t support a patriarchal prism and standard for sex to reflect capitalist relations? Can sex be a site for identity politics, after we are imbued with the lore and failure of the sexual ‘revolution’?” Amongst the dozens of participating artists are Amalia Ulman, Jaakko Pallasvuo, Hannah Quinlan Anderson & Rosie Hastings, and Cristine Brache.

Rosie Hastings and Hannah Quinlan Anderson team up again for their first solo Paris show, If These Fossils Could Talk They Would Tell You Who Got Fucked and Who Didn’t, opening at Room E-10 27 on June 26.

The exhibition is the second instalment of a series of projects hosted by Room E-10 27, a curatorial platform run by Thomas Butler from his apartment in Paris. The two artists take over the art space with a response to Jose Muñoz’s writings on the evolution of queerness and its consequent political future, exploring the “radical potential of queer objects in a post-human and post-apocalyptic world” through a new video work.

Hastings and Anderson are perhaps best known for their popular @GAYBAR series of exhibitions and events, which work to re-materialize the gay bar as a politically queer space and a way to examine the “neo-liberalisation, white-washing and heteronormalization of gay rights”. Responding to the gentrification and erasure of alternative queer spaces in their native London, the two artists question both their erasure and their presence in If These Fossils Could Talk…, using sophisticated CGI rendering of imagined landscapes to reimagine a new symbolic order.

The two are putting together the programme alongside their recently launched Arcadia Missa show, based on their 2014 @Gaybar project and titled TIFKAS (running at the gallery from March 5 to April 4).

Inspired by Sarah Schulman‘s description of ‘ecocide’ in Gentrification of The Mind as “a certain urban ecology of queer sub-cultural existence that has been wiped out, both through AIDS and gentrification”, their March 10 event brings some of the same names as TIFKAS, as well as Schulman herself, together with Jim Hubbard, Sam Kenswil, and Claire Kurylowski as well as ten or so other artists. 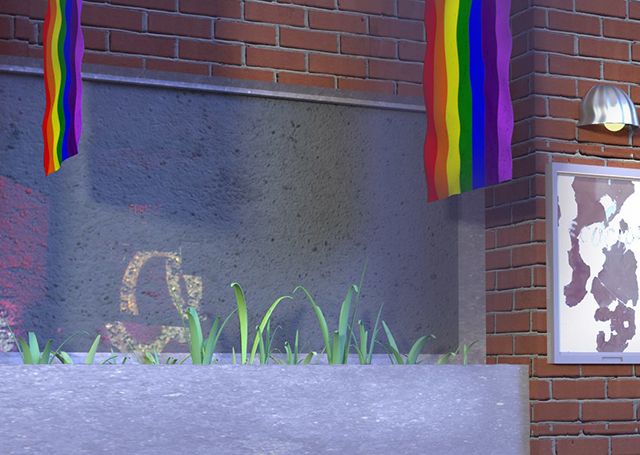 The exhibition is envisioned as a re-materialisation of the idea of a gay bar as a politically queer space, an idea that stemmed from and with their joint 2014 project @Gaybar. Much like their project, the show envisages “a fantasy gay bar through reimagining queer iconography, history and writing that spans geological, political and temporal locations”.

Accompanying the exhibition will be a book titled after the @Gaybar project, with contributions from Caspar Heinemann, Jesse Darling, Hannah Black and Kate Tempest, and excerpts from the incredible part-memoirs of Leslie Feinberg in Stone Butch Blues.

Gaybar continues its Where is the body series at London’s Rye Lane Studios with a night dedicated to Leslie Feinberg on December 10.

The night will feature free-flowing tequila, special readings by Hannah Black, Aimee Heinemann and Jesse Darling, as well as a screening of Anderson and Hasting’s new film. 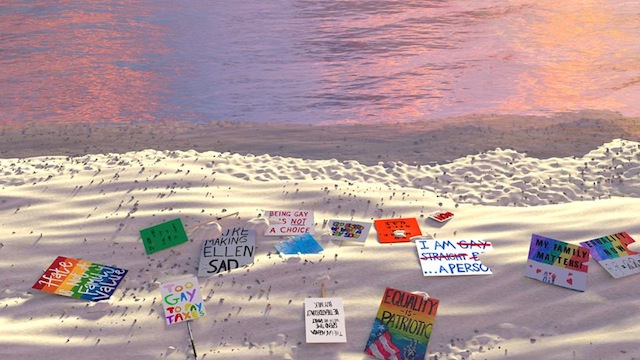 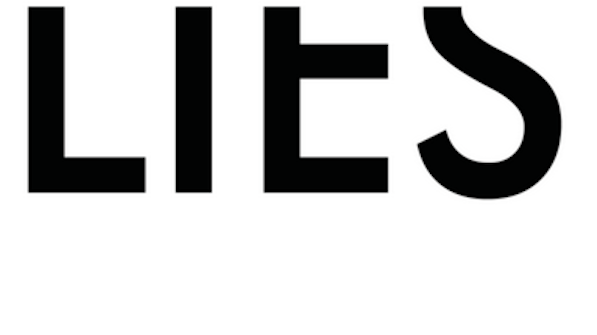 London’s Rye Lane Studios will be hosting the I Don’t Know Why I Like It, I Just Do, Dick Dick Dick @GayBar exhibition from August 29 to 31.

With the institution of ‘gay’ deemed inextricable from the shifting logics of the gay bar itself, the exhibition and event series aims to re-fabricate the mythology of homosexuality. Starting with a private viewing and launch party on August 29, I Don’t Know Why I Like It… looks for a space of confused gender and sexuality, where “a sincere expression of embodiment unravels into a critique of these bodies”.

Created by Hannah Quinlan Anderson and Rosie Hastings, who are also the short exhibition’s headliners, Friday’s launch party will feature cheap cocktails, an exclusive guest list, and back-to-back DJs, including a DJing debut from Sam Thottington as Summer Faggot Death Wish with some “high-energy sad bliss faggot vibes” and a “#guninmypurse” dress code.

Aside from Thottington, the promo for the exhibition is done in collaboration with Sam Kenswil and Aimee Heinemann, and the three-day series will also feature a discussion of Monique Wittig’s The Straight Mind at the Where is the Body #3 event on August 31. 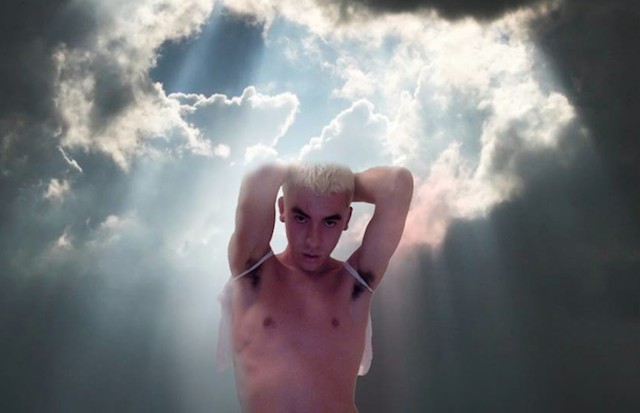