The exhibition concept (created by Sven Kalden and Georg Klein) takes the notion of colonization and that of consumerism and creates a showcase of “artworks camouflaged as consumer goods” addressing issues of identity, global investment strategies, and the migration of labour to explore dependency and oppression between cultures.

The 16 contributing artists span the globe, each with works that reference the colonial backgrounds of their respective countries. Senegal’s Mansour Ciss Kanakassy, for example, creates an African bank that “supplies the AFRO as a counterpart to the EURO” while Mexico’s Israel Martinez presents his soundtrack to the “Mexican Drug War” and its problematic history with the USA, and Argentina’s Mario Asef focuses in on present-day colonization “by means of the Argentine ant” that has reached and conquered the shores of Europe. 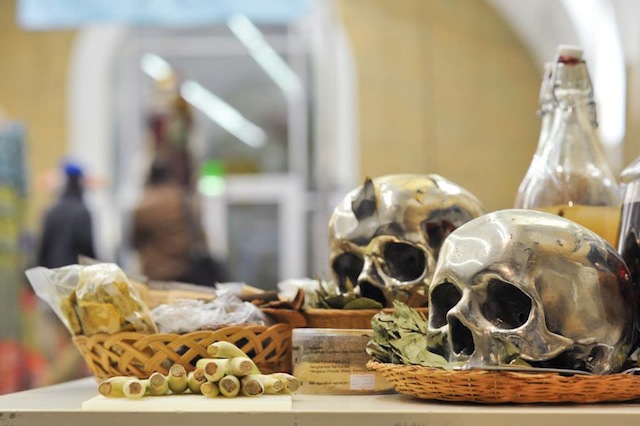