Artist Paul Kneale is opening a new solo show at Evelyn Yard, titled (or perhaps just explaining) 4 or 5 self portraits for free-form natural language descriptions of image regions, and running at the London space from January 27 to February 27.

The show stems from SEO and Co., Kneale’s October project at tank.tv that had him re-purposing algorithmically generated text from a Lunch Bytes panel in which he participated to create a screenplay of sorts filmed in his South London studio.

Similarly to his use of YouTube’s algorithmically generated text in SEO and Co., Kneale uses an informal research partnership with Google through automated textual descriptors derived from image files “that render as of yet impossible nuances of action and time”.

Focusing on sculptures that “activate light, time, and ontological transfer between medium states”, the installation images will be fed back into Google for analysis, thereby replacing (or questioning) the very role of the art critic.

The Evelyn Project exhibition comes simultaneously with and builds upon a new essay Kneale is collaborating on with ANDOR‘s Dreaming of Streaming project titled New Abject. 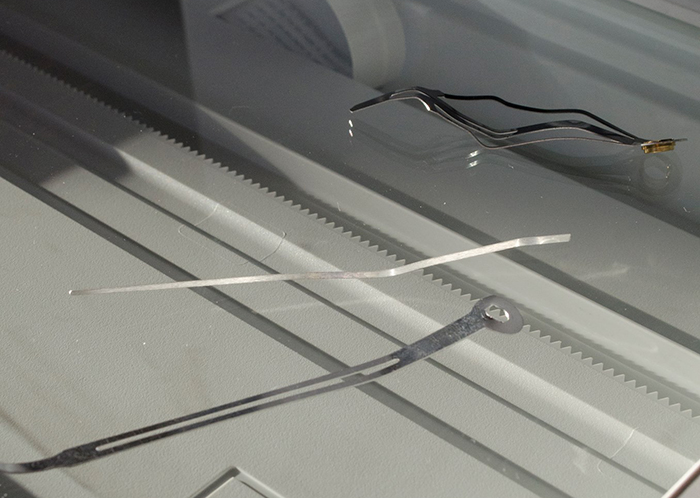