Pride in Berlin is actually called Christopher Street Day (CSD) and will take over the German city this year on Saturday, June 27.

CSD consists of two parts: the actual march (CSD Demo), because Germans love marching, and a big final rally (CSD Finale). The march kicks off in Berlin’s Charlottenburg neighbourhood at 12pm, weaving from the corner of Ku’damm and Joachimsthalerstr. through Wittenbergplatz, Nollendorfplatz, Lützowplatz and Siegessäule to Brandenburg Gate. And celebrating the official opening will be the Governing Mayor of Berlin, Michael Müller, and several ambassadors, including those of the US, the Netherlands, France, Slovenia, and Israel.

The day also brings a proven mix of entertainment and politics, with music from folk, Poptronics, 60s and Ethno House, and artists like Caró, Keye Katcher, Tubbe, and Laing, as well as speeches and a presentation of the Soul of Stonewall Awards (SOSA), and DJs Zhala, Ipek, and Thomas Schumacher. 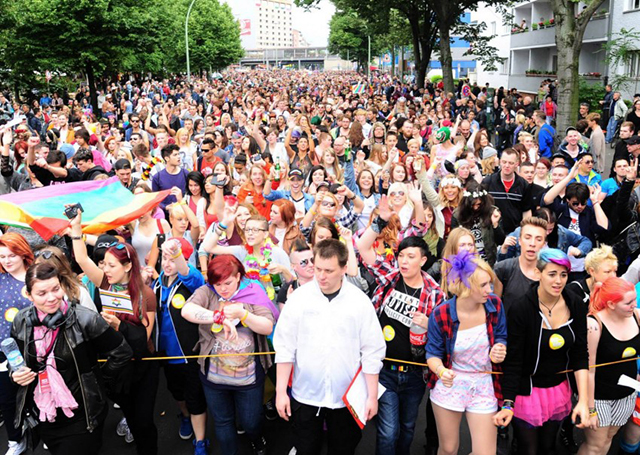