Shona Illingworth presents solo exhibition Lesions in the Landscape at CGP London opening on October 13 and running to November 27.

Occupying both spaces in southwark park (Dilston Grove and The Gallery), Illingworth’s ambitious project combines a multi-screen installation, sculpture, text and a complex sound piece to explore “the impact of amnesia and the erasure of individual and cultural memory.”

Illingworth worked closely with a woman named Claire, who, after a trauma to her brain can no longer remember most of her past and has difficulties retaining new memories. Filmed in St. Kilda (a place that experienced a sudden evacuation of inhabitants in 1930), the exterior landscape overlaps with the interior landscape of the mind. The pair also worked with neuropsychologists, resulting in a poignant relationship between sensory technology and art.

Illingworth is shortlisted for the 2016 Film London Jarman Award.

The exhibition is the London-based artist’s largest solo show to date and is a commissioned installation developing his “ongoing interest in the unifying concept that every building designed for public use is a kind of hotel”. His focus on architecture questions its structure, function, and use. The press release asserts that “we simultaneously exist as both guest and worker” in these spaces and that all architectures are “transitory constructs, acting as anonymous, functional service providers within our daily lives”.

The artist will also be in conversation with writer, curator, and critic, Sacha Craddock in late September. 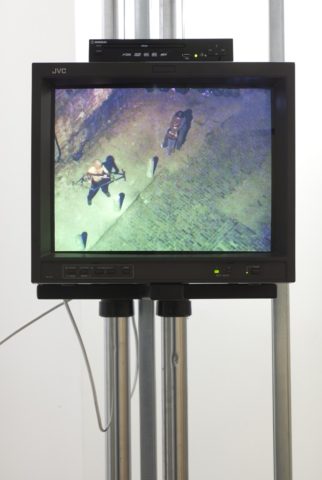