Katja Larsson is presenting solo exhibition The Earth Will Be Buried at Sea at Stockholm’s Cecilia Hillström Gallery, opening October 6 running to November 12.

An installation of sculpture and photography acts as a fictional collection of artefacts from “a world which has abandoned its humans but where its materials and textures continue to intermingle”. Excerpted from a text by McKenzie Wark, the title sets an apocalyptic tone for the show.

A large scale and highly detailed silicone rubber cast was taken of the Isle of Skye’s volcanic coastline. The resulting positive is brightly colored to resemble the original lava that is now solidified. The London-based artist’s skillful use of silicone — an industrial material — is suggestive of the blurred line between nature and culture, presenting something that is at once familiar and unknown, bodily and manufactured.

The press release states, “The age of Anthropocene, distinguished by geological sediments marked by traces of industrial activity, does not differentiate between the various textures of the world”. 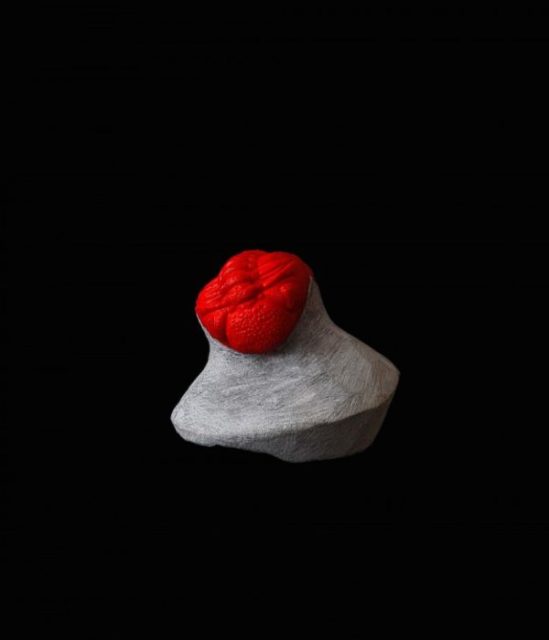