Archive Kabinett will be launching the presentation of the book Trail, based on Natascha Sadr Haghighian’s project by the same name, at their Berlin location on July 4.

For her project, created for dOCUMENTA(13), Haghighian constructed a footpath on a slope made of debris from WWII and encircled by the onomatopoeic sounds of animals in various languages emanating from the surrounding plant life as the visitor descends into the park.

The accompanying book was edited by Haghighian, together with Pola Sieverding and Jasper Kettner, and published by Leipzig’s Spector Books.

See the event information on the Archive Kabinett website or purchase the book here. **

Marking superimposition between film material and printed matter through his own various works, Narkevičius writes personal statements for all fifteen of the films included in the book (ranging from 1997 to present-day) and invites sixteen other authors to make their own observations on them. 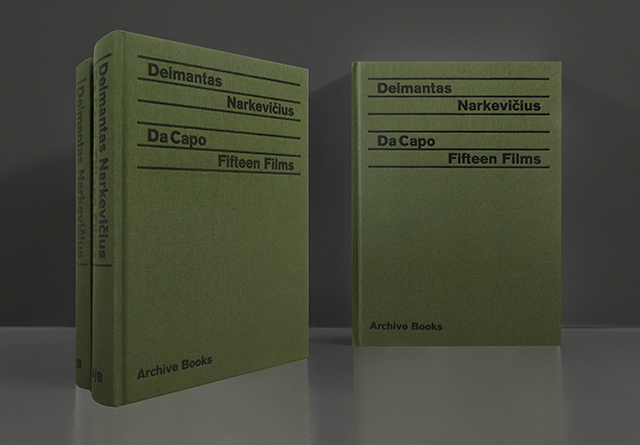 Berlin Art Week is returning to the German capital for its third year, running at various galleries, museums and contemporary art spaces throughout the city from September 16 to 21.

Like in its previous two installments, art fairs abc – art berlin contemporary and Positions Berlin are joining forces with some of Berlin’s most prominent art institutions (including Berlinische Galerie, C/O Berlin and the Nationalgalerie – Staatliche Museen zu Berlin) to create a rich six-day program, packed with exhibitions, lectures, performances, and screenings, as well as the international conference Artfi The Fine Art & Finance Conference running in Berlin for the first time.

Meanwhile, the abc and Positions Berlin art fairs will run from September 18 to 21 at, respectively, the Station in Kreuzberg and the former Kaufhaus Jandorf in Mitte, together featuring 150 galleries and a variety of events, including Spiros Hadjidjanos from Future Gallery, Guan Xiao from Kraupa-Tuskany Zeidler, Zvi Hecker from Neumeister Bar-Am, Camille Henrot from Johann König, Davis Rhodes from Société, and Yung Jake from Steve Turner Contemporary. 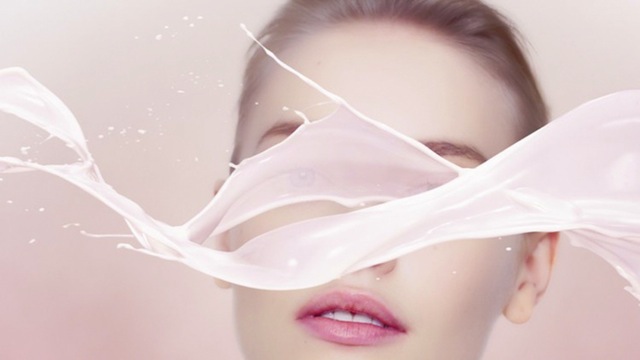 “At what point does a city lose its identity?” The question hangs suspended in the room as Randa Mirza drifts through the images of her 2011 photographic series, Beirutopia, projected onto the blank walls of Berlin’s Archive Kabinett. People filter into the compact screening room like Tetris pieces, filing along the staggered platforms that line the walls, looking for empty pockets of space in which to accommodate their tangled limbs and half-drunk beers. Even Caitlin Berrigan, an Archive Kabinett resident artist and the person responsible for the event, seems incredulous at the turnout as she and long-time friend Mirza sit surveying the swarming crowd.

But there are themes here that tend to attract crowds, it is important to remember. Gentrification, for one, is Berlin’s favourite topic of discussion, as is the cluster of socio-political climates and affairs that inspire it. Illusion is another, or rather how fantasy gets woven in with reality within the cultural narrative and gradually begins to take on the texture and sheen of the real world. When Joan Didion wrote in The White Album that we tell ourselves stories in order to live, she didn’t just mean individuals; cultures, too, are threaded from the patchwork stories they tell themselves, and those of Beirut are no different.

Few photographic projects depict this delusional struggle with the cultural narrative better than Mirza’s Beirutopia, a series of twenty-five photographs depicting the Lebanese capital’s imagined self. Instead of representations of the city itself, Mirza’s photographs show advertisements and promotional pictures portraying the Beirut that was, pre-war, and the Beirut that will be, post-construction. Beirut the present seems conspicuously absent, inconsequential, unsatisfactory.

Since the end of the Lebanese civil war in 1990, Beirut has poised itself as on the brink of a comeback, a capital struggling to regain the splendour of its imagined past and reconstruct its own abandoned myths of glamour. Mirza’s photographs, themselves necessarily two dimensions, hide this trompe-l’œil effortlessly; at first glance, they appear as photographs of the city itself, not replicas of one that exists only as a figment of its own imagination. Only in fragments does the illusion reveal its cracks: in the thin line of the muddy sidewalk below the poster, the barbwire fence behind which the luxurious interior of a condo stretches out, the back of an old man looking out over a horizon that never existed.

The kitschy slogans with which Mirza captions her photographs – sexy has a new address and a dream you call home – hint to the dark humour of the situation, the hysterical absurdity of the delusion. Thin posters tacked up on thinner wood panels and surrounding Beirut’s many construction sites do the same, artificially masking the messiness of this reconstruction and the chaos of the city’s present. While the city’s history is being literally torn down as old monuments are destroyed to make room for developments on the now-costly land, posters filtered with the pixels of 70s-style photography struggle to maintain the sterilised and conjured memories of its past, images of a too-recent civil war erased with the neoliberal architecture of Beirut’s speculative future.

The people crammed into Archive’s screening room ask questions intermittently as the images drift across the wall, and Mirza struggles to answer, seemingly surprised by the acute level of interest in her project. She talks about the photographic process, the Beirut residents she brushed up against while taking the images, their reactions. “It took only 10 minutes to change their entire perspective,” she says. “At first, they were positive, glowing in front of the luxurious Beirut the posters depict.” They too wanted to feel part of something luxurious, something utopian, something better. “But once I asked,” Mirza continues, “‘Who are these residencies for? Who can afford to live in them?’ their faces dropped.” Nearly no one from Beirut can afford the new Beirut, it seems, and as the capital’s centre is torn down and rebuilt in the image of its better future, its residents move outwardly into pop-up suburban settlements built with no past or future in mind. History is written by winners, after all, as is the future, and who is a winner in today’s expanding market besides its sponsors?

Randa Mirza’s Beirutopia was published in 2011 and is currently available for purchase at Archive Kabinett.