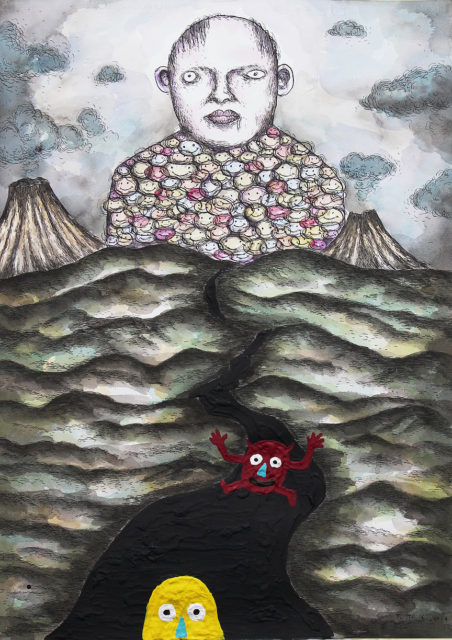 London’s Apiary Studios is bringing the three-day exhibition I Trust This Program to their Hackney space, running from April 24 through April 26.

The exhibition is described as a “precarious and embattled audio-visual terrain of participation and control”, exploring the gendered tensions and boundaries embedded in integration into “the contemporary technocratic regime”, and features new works by Kassiani Kappelos, Natasha Lall, Kenny Love, and Robin Buckley.

The “body’s appearance and disappearance” is the central theme of Unconscious Archives’ The Perfect Medium is the Wrong Message, a two day program, working across sound and film, and running in East London venues, Cafe Oto and Apiary Studios, November 1 and 2.

The Friday will feature a rarely screened  Malcolm Le Grice’s Horror Film 1, as well as light performance by Amy Dickson, flame-sound sculpture from Aura Satz, Sally Golding‘s projection piece ‘Face of An Other’ and Sir Gideon Vein‘s live TV pilot. The Saturday will feature a presentation on the spirit of early cinema by Guy Edmonds followed by a seance for home movies with ‘mediums’ Gary Wright and Demian Allen, personal pulp theatre from Tai Shani, Possession Trance as DDD from Ryan Jordan of noise=noise and experiments for a bed time dancefloor by TVO.