The afternoon will be host to a series of performance, readings and installations that feature a number of artists who’s work explores “how gestures of resistance can be choreographed through performance and communal action.”

There will be performance by Analisa Teachworth and Jonas Wendelin, Redeem Pettaway will present video screenings, a contribution from Julia Scher and live music from Zsela and Deli Girls. Happening alongside is an additional program of performance and installation in the museum including work by Sara Hornbacher, Sarah Zapata, Maya Martinez, Rin Johnson, Sophia Le Fraga and others.

Topical Cream (Lyndsy Welgos, Whitney Mallett, and Ara Anjargolian) is “a platform for female-identifying and gender non-conforming persons working at the intersection of contemporary art and technology.”

“Maybe I should take it back. Maybe I wouldn’t work for a Walmart”, says Slava Balasanov, over Skype from a temporary base in Moscow when we’re supposed to be talking about his music. I should be asking him about his then about-to-be-released EP Comma Sutra, out on Software in March, its cover featuring a huge red dildo and a peeled, overripe banana with its audio content of skeletal footwork  flooded with heaving ghetto bass. But instead I’m drawn to the Russian-born, Chicago-raised and New York-based artist’s other project, 4REAL, a digital creative agency he runs with business partner and artist behind that very EP cover Analisa Teachworth.

Launched earlier this year and already counting multimedia art publication DIS Magazine as a client, while in the process of updating collaborative creation platform gifpumper, first developed by Blasanov in 2011, the duo apply a strong aesthetic and singular vision to an alternative digital creative model that’s keenly aware of its context. “We began 4REAL because we both have strong vision of the future and how computers have affected modern civilization, particularly what we do on the internet, how we receive and ingest information”, Teachworth adds via email, in illustrating an understanding of the contemporary experience that sets her and Balasanov apart as a creative project. 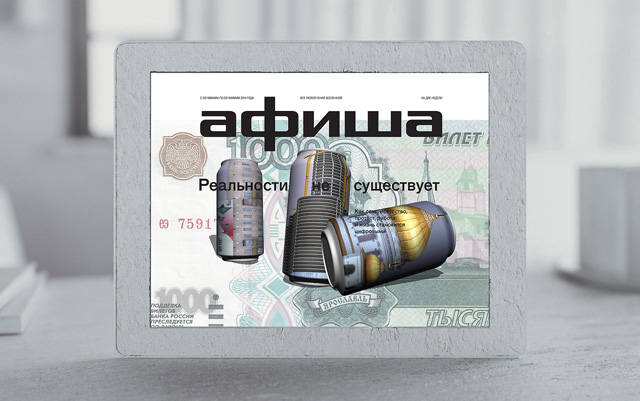 That understanding is reflected in 4REAL’s online presence, where water –or a simulation of it –is contained by an invisible, grid-like force in the 3D Liquid demo, or flows unimpeded by a translucent rotational cube, sensitive to the touch of a cursor. Water, fluidity, liquidity, is a big theme in a contemporary art culture obsessed with the accelerated progress and unfathomable connectivity of not just online networks, but of economics and the catastrophic effects of climate change its push towards endless ‘growth’ perpetuates. That’s why one of the diaphanous panels of the 4REAL website features a live graph of the bitcoin stock exchange; another, the agency’s portfolio featuring work with DIS above a ‘Walmart at 50’ project, inadvertently characterising the precarious position we all take between opposing and complying with these destructive networks of production.

As it turns out, the Walmart campaign is actually a project with the multinational’s employees working to change its business practices, but it doesn’t preclude 4REAL from the compound issues of being a business within the complicated current state of digital culture. But like the Bitstamp bitcoin exchange that presents an option outside of the highly regulated World Bank economy, 4REAL too is a project attempting to unpick the complexities of marketing to establish a niche in which they feel comfortable working within. “The internet like everything else is alive and can be used as expression –personally, as well as corporately,” Teachworth tells me, adding that the agency aspires to “harness modern technologies and incorporate them into life presently”. Because rather than thinking about advancement first and its repercussions later, 4REAL are looking to strike a balance between their ideal and our reality.

I was looking through your other clients and saw Walmart was in there.

I thought that would have exemplified the fine line that corporate aesthetics tread in terms of implicit critique and complicity.

SB: Yeah. But at the same time I would do Walmart, if I had the freedom to do it the way I want to do it. The problem with working with bigger brands is exactly the fact that it’s hard to get your voice across and not have it be trumped out by the layers of bureaucracy within the corporation. I think that’s exactly the fine line, where it’s very easy to go to the other side once you’re working with those entities and just kind of doing what they tell you to do.

If it’s a big corporation and a brand that I like, I don’t see a problem with that, especially if you have the creative freedom and that’s how I’m trying to position this agency. We’re coming much more from an art angle and from an outsider perspective, in terms of the ad agency world. So I’m hoping to develop it in such a way that if somebody does come to us, they’re coming to use because they’re interested in our specific aesthetic and our vision, as opposed to just getting a certain type of job done.

Let’s say Walmart did give you the creative freedom and you did this amazing campaign that you’re really happy with and it’s super successful, would there be any conflict in having done that for Walmart?

SB: It’s hard when you have a problem with the practices of a corporation, so I feel like there is room still to almost make it subversive enough to foster and create the opportunity for change, but at the same time I can see you having a hard time realising that sort of vision with that corporation.

I guess it’s a similar dilemma when it comes to corporate sponsorship of creative projects. In some ways you have a hand in white washing their reputation. There are all sorts of ways of justifying that as unavoidable but it depends on how much you want to avoid it.

SB: Yeah. It’s all about interesting trade offs that you have to make. At a certain point there’s going to be a choice, whether it outweighs the benefits or not.

I see you’ve got the bitcoin exchange on your website, do you trade in bitcoin?

SB: I did buy a bitcoin. I’m not actively trading but I am interested in bitcoins. It’s funny because when I started making it, I had the MT Gox chart up on the site, so as I’m making it all of a sudden I’m seeing the prices plummet and I’m thinking, ‘oh bitcoin got so cheap’ and then I’m reading the news and I’m like, ‘ah’.

I had Mt Gox on there to the last day until it stopped trading and then I switched it to the Bitstamp exchange, so that was interesting to watch that live on the site that I was making.

I suppose this sense of instability has a connection to this symbol of water in 4REAL.

SB: Yeah. It’s kind of like flash floods or giant waves that come and go, and these processes too are becoming more and more physical processes. Even in the stock market, most of the trading is done not by people but by trading bots and by algorithms that have their own logic. It’s all of them interacting as resembling this natural phenomenon that is out of our control to a certain degree.

Considering your focus on water, and the mutability it points to, as a music producer and a web developer, do you see a similar lack of distinction between something like music and visual culture?

SB: In some ways, yes. In some ways, no. I think definitely music has been, for a while, very visual, just in terms of culture and the way it’s been presented and branded. So for me, it’s very natural to associate music with a certain type of imagery for my own stuff. At the same time, I do approach it differently, from different angles and each thing comes from a different place for me.

But they definitely complement each other and flow in and out of one another, and these two elements definitely come together in different ways and kind of end up in a similar spot culturally.

What do you mean by culturally?

SB: Just in terms of branding and the way people make sense of and place the work; the way they think about it. I think people like to create these certain abstract categories where they can compartmentalise things, so in that sense the way people perceive and understand cultural objects is becoming blurred. Their categories are not just musical categories or visual categories –the category is both musical and visual.

Is that also part of the reasoning behind the idea of water across 4REAL?

SB: Yeah, definitely the idea of fluidity; also the waves and the power of the waves and the open ended-ness of the water. I think, probably the reason people like to use water these days so much is because it’s a very open idea. It’s not specific, so you can imbue it with whatever sort of meaning you want. Especially coupled with digital technology, it becomes almost its opposite because it does have so much fluidity to it.

At the same time that’s very… it’s like it’s empty. It’s kind of like Apple Design. It’s something that you can imbue with any meaning that you want and it feels good. 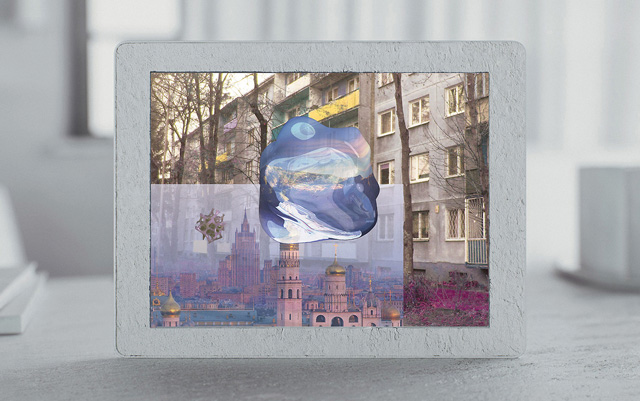 If you think about it in terms of the nature of these new technologies where on one end something like Apple Designs or Google Glass can express this neutral, minimal aesthetic, it could also represent its adaptable, insidious nature –it depends on your perspective.

SB: Yeah, and the same with the water too. It can be very peaceful and calming but it can also be very post-apocalyptic, where you imagine the icecaps melting and the earth turning into Water World.

Talking about this emptiness, the 3D grid in the centre of the 4REAL website also seems to express that.

SB: Yeah, it’s this glass cube that’s sort of mimicking the Apple Design. Just the idea where they’re making their devices as transparent and unobtrusive as possible, as sleek and as clean as possible, so it’s almost like the more minimal the design is, the more you can imbue it your own meaning and see it as whatever you want to see it, because it can blend into any context.

It’s sort of like the vision we have of the future, and of technology, is these transparent holograms that we can interact with; so that there’s almost no device at all, just information. That’s also what the website is mimicking, this idea of these light glass panels.

Like that idea of the computer disappearing and the user losing their agency.

SB: Transcending the computer and only interacting with data and information.**