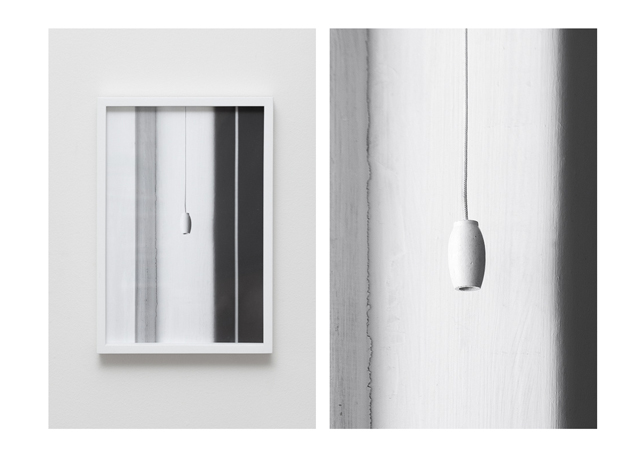 There’s a temptation to put Aiden Morse‘s name after, rather than before, Anna Crews‘ in the title of their latest Quiet Enjoyment (photos, top right) project for the sake of subverting male privilege. Except that that would kind of defeat the purpose of the pair’s practice, which is all about not so much playing with but essentially mimicking normative gender roles in an effort to expose them. Installed and then dismantled in their shared home in Melbourne’s Barkly Place the day before moving out back in January 29, the show is viewable only via its documentation of stove tops, plush toys and heartshaped sandwiches in a rather spartan though swish-looking studio apartment.

It follows on from their earlier joint exhibition En Suite, with its focus on the ‘his’ and ‘her’ bathrooms, and Morse’s solo show A Soft Opening, where Crews contributed a text simply called ‘Praise for Aiden Morse’ while contenting herself with her role as simply “Aiden’s Girlfriend Anna”.

Amusing in its banality, Quiet Enjoyment comes with a framed peach and white-coloured bathroom from the duo’s En Suite exhibition called ‘Mum and Dad’s En Suite’ (2014) and text by Crews called ‘Anna’s Book‘, that’s printed and presented in a neutral gray cloth cover and propped on a dark wood wall-fixed shelf with her signature vignettes-as-observations into a comfortable suburban upbringing.

“We’ve built a life together”, notes Crews as she contemplates whether or not she’d stay together with her boyfriend if she found out they were related, among stories about feeling left out at camp and her own inner “big debate” on whether she wanted “to date an artist or a debating boy” in Year 10. There are conciliatory letters from someone signed “Dad” and interchangeable fantasies over Aiden having an affair, or him finding Crews hanging dead from a bunting after getting back from overseas: “I got caught up in decorating or it was something more sinister”.

There’s a strong sense of boredom to Crews’ writing, as there is to the burnt saucepan viewed through a browser window and ‘Inadequate Door Snake’ (2015) of Quiet Enjoyment. Meanwhile, various small tokens of delight come in a ‘Happy Powerpoint’ (2015), a ‘Big Biscuit’ (2015) with a footprint in it and a photo of Morse’s ‘Farewell Party at Barkly Place’ (2015) pinned to a grey pinboard (“Make the house look like Pinterest”).

Ending the text of ‘Anna’s Book’ with an “Opinion Piece” in response to criticism often laid on the misleading nature of well-lit and thoughtfully angled online documentation of exhibitions, Crews writes, “install shots help me see the paintings when I am too scared to go to the opening”. But perhaps it’s the ‘Couples’ Myki’ travel cards and ‘Compromise Candle’ (2014) that are the real-life sources of fear and desperation. **

A rather suggestive pairing comes in drawing a thematic line between En Suite and James Tunks‘ The Sky’s No Longer The Limit also launching at the space on the same night.

Where Morse and Crews explore their “potential (and terrifying) future as a couple” through the “choreographed domesticity” of the bathroom, Tunks employs an accelerationist aesthetic to explore an equally frightening forecast of late-capitalist demise.