It’s been a while since I last wrote about an ad campaign. Maybe too long ago but very few seem to reach my brain these days. “Escape the map” is one of those clever attempts which has successfully got my interest, maybe its mix of virtual, sci-fi, mystery and neat visual effects made the trick.

This time BBDO partnered with the RSA and Digital Domain to create a campaign (it’s all over the UK now with street advertising, on-line banners etc) for Mercedes’ C-Class C 350 Coupe, may be pretty obvious it’s a car advert but you can’t resist the intrigue right? 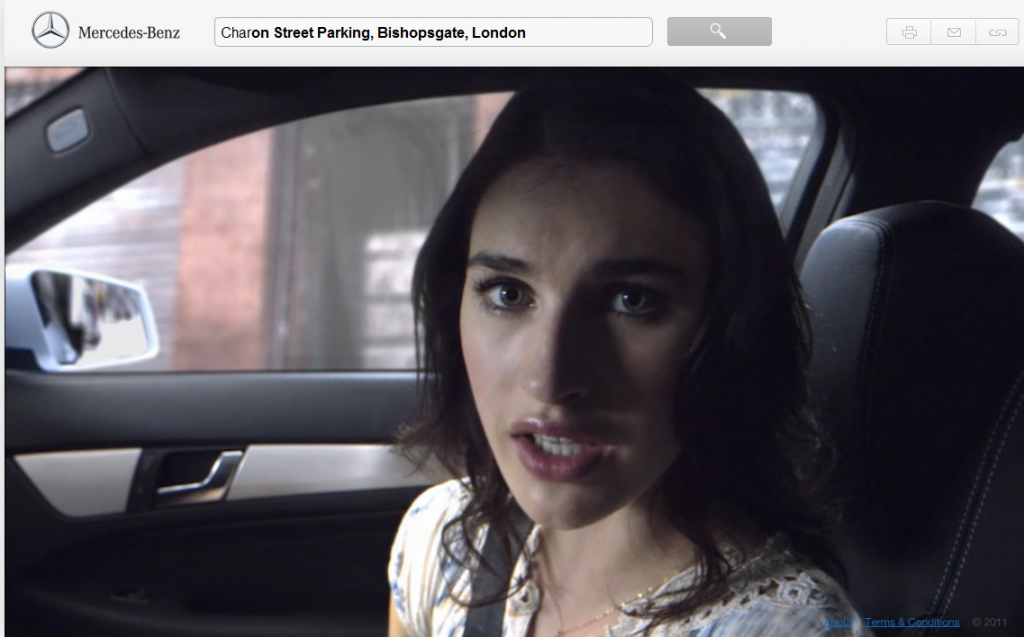 Behind the ad you’ll find visual effects expert Jay Barton and director Carl Rinsch who happen to be working together in the Universal Pictures film “47 Ronin” and decided to create this interactive journey inspiring themselves from Google Street View elements, will the future look like this? More precisely they used photogrammetry — a technique in which measurements are taken from photographs to create real-world objects — to create the world.

The result? This minisite which reproduces the parallel universe seen on the video above and that we wouldn’t mind fully diving into. Some gaming studio to use this please? via.