Miss Read: The Berlin Art Book Fair is on at the German capitals’s Akademie der Künste (AdK), running June 10 to 12.

Returning to the aforementioned cultural institute for its 2016 edition, the event showcases a wide range of the “most interesting artists/authors, artist periodicals and art publishers” —including the likes of Broken Dimanche Press, Book Works, Girls Like Us, Montez Press, Sternberg Press, and artist Martin Kohout’s TLTRPreß.

There will also be a series of lectures, discussions, book launches and workshops exploring “the boundaries of contemporary publishing and the possibilities of the book” with an opening party on June 10. A closing party is scheduled for June 12 at ACUD, and Conceptual Poetics Day will also run in conjunction with the fair on June 11 to “explore the imaginary border between visual art and literature”.

Other publishers taking part worth looking out for include White Fungus, X Marks the Bökship, MIT Press, and n.b.k and many more.

Index Art Book Fair will take place in the Museo Jumex building of Fundación Jumex Arte Contemporáneo in Mexico running from February 4 to 7.

The book fair brings together publishers from Mexico, South America and Europe. Over 70 participate over the long weekend, which coincides with the Material Art Fair 2016 also in Mexico City, for which aqnb has made some recommendations. Index works to draw attention to publications relating to contemporary art that lack big distribution and platform or space.

The Museo Jumex will host a large collection of printed matter and editorial projects, which, collaboratively –in relation to this fair –and otherwise look more closely at experimental ways to edit, making public and print. A programme of live events and panel discussions, such as ‘Acts of Publication’ and ‘Print as Matter’ will also take place over the course of the fair.

White Fungus magazine, conceived by Ron and Mark Hanson in 2004, started out as a one-off photocopied protest zine—the brothers’ response to a city by-pass road that would cut through Wellington’s art district, displacing artists and destroying historical buildings. The magazine’s name is inspired by a can of edible fungus that the Hansons found at their local supermarket in Taiwan. While the magazine has evolved from a single-focussed political manifesto into a dialogical curatorial project—with multi-interest contribution, in terms of both discipline as well as geopolitical perspective—the cover imprint, which always features an image from the original product can, is a project staid. The Hansons, having recently relocated back to Taiwan, credit the genesis of issue #14 to a residency at the Kadist Art Foundation in San Francisco, and the magazine’s line-up of art, music, and history reflects this roving, trans-local engagement. 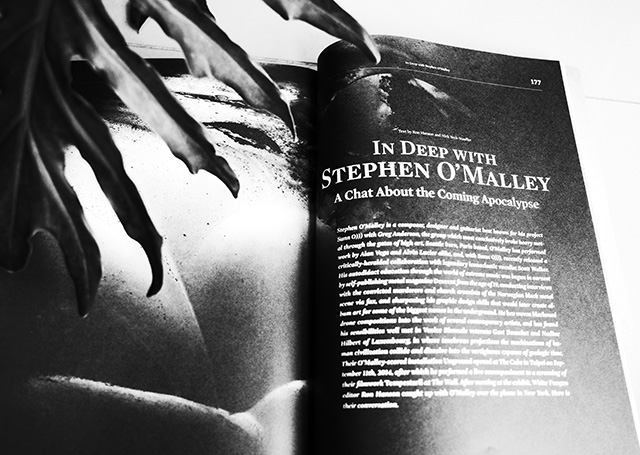 Issue #14 opens with “Roads of Excess”, a three-page text piece by Roger Boyce. Boyce’s text, a glossary-cum-concrete poem, thick with associations and recrudescent with meta-drama, paints narrative in broad, even strokes. Not an editorial in the formal sense, its evocative descriptions with suppressed particularities may offer clues as to how to navigate the divergent content to come. Throughout the issue, the magazine moves between geographic nodes of interest. Featuring Mark Amery in conversation with New Zealand artist Simon Denny, Alistair Noble interviewing Taiwanese new media artist, Fujui Wang, Tobias Fischer’s “Schneider TM: Cultural Fiction”, and an interview with German sound artist Dirk Dresselhaus, it holds no geographic allegiances, yet maintains an insider position. Kurt Gottschalk’s 20-page feature, “The Residents and the Grand Theory of Obfuscation”, posits myth, rumour and gossip about the “most elusive, mysterious band in rock history”, posing the question: who are the residents and do we even care? Interspersed with band art, masked members posing in front of the Golden Gate Bridge lends the mag a strong Bay Area vibe. 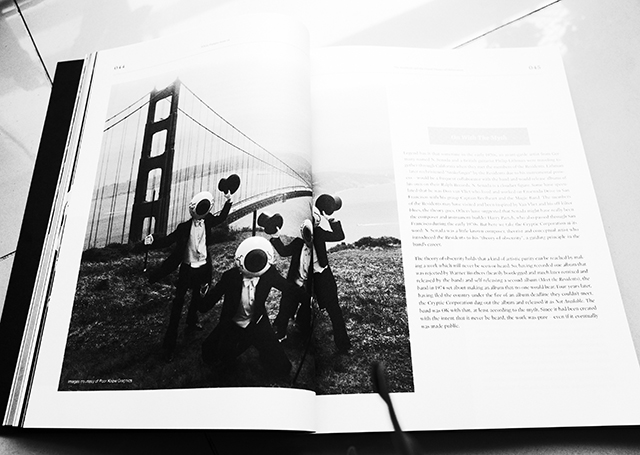 Beyond mapping, there is a laying out of thematic threads in the interest of non-reductive tangential connections. Terry Bag’s  “Bone Collectors 2” places us in the antipodes with a view on the 19th Century. His historical text traces the plunder of New Zealand’s ancestral graves for science, from the atrocities committed by European geologists to the undertaking of large-scale repatriation programs. With excerpts sourced from personal journals and museum records, Bag describes the moral irreverence and false entitlements of several bone collectors, including Julius von Haast, who believed he had discovered an ice-age Palaeolithic people—a Neolithic ‘missing link’. In order to prove this false belief, Haast robbed burial sites, collecting the ancestral remains of a vibrant, still very much existing culture of humans. The theft and museumification of contemporary artefacts is an attempt to fake extinction; read in the context of colonialism, it is more evidence of a European attempted genocide in the South Pacific.

In “Hypergenre Ecosystem”, Kyra Kordoski considers the work of Los Angeles based artists Kari Altmann and its recently contextualisation in the Serpentine Galleries’ Extinction Marathon, the thematic of cultural extinction is reconceptualised as an ongoing hyper-struggle. **

White Fungus Issue 14 is now available for purchase on their website.