A massive survey of the impact of the internet and computer technologies on art practice is happening at London’s Whitechapel Gallery opening on January 28 and running until May 15.

Electronic Superhighway will bring together over 100 artworks spanning four decades between 1966 and 2016. It will be curated in reverse, so that the viewer will walk progressively towards the most historical experiments in media and sensory technology.

The survey show will include work by Amalia Ulman, Rafael Lozano-Hemmer, The Yes Men, Hito Steyerl, Ryan Trecartin, Olia Lialina, Lynn Hershman Leeson, who’s work Lorna was one of the first interactive installations, and Nam June Paik, from whose musings on the future of the internet and art in 1974 the show borrows its title.

The five-day multimedia Impakt Festival 2015 takes over the Dutch city of Utrecht and its Theater Kikker from October 28 to November 1.

This year’s festival, titled The Future of the Past, investigates “perceptions of past, present and future in a time when information is constantly recorded, be it consciously or unconsciously” through a series of exhibitions, lectures and screenings throughout Utrecht. 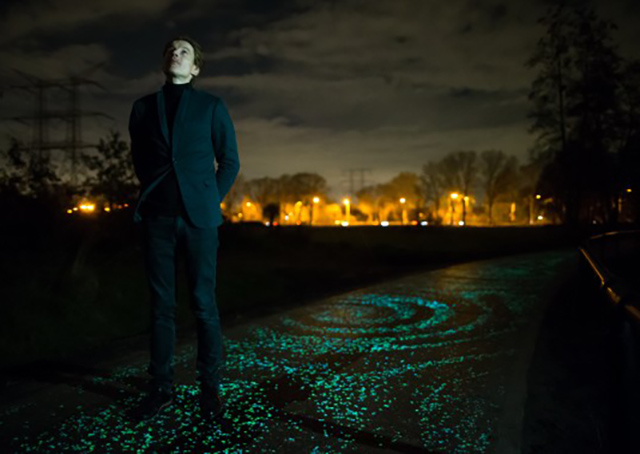 As a pioneering net artist tracking the evolution (or devolution, depending on how you look at it) of the internet and network culture, Bartholl’s latest exhibition follows a preoccupation with the integration – or interference rather – of the online IRL, along with the growing threat to personal freedom associated with that.

Inspired by questions and developments engaging “humankind’s ‘entry’ into the digital realm and the role of the first person as ‘shooter’,” the Berlin-based artist will present large-scale deconstructions of pixel imaging stereotypes, along with works exploring issues of “privacy, surveillance and net neutrality”.

The event will open with an introduction by fellow Web 1.0 veteran Olia Lialina and a performance titled DATALOVE, where the audience is encouraged to “BYOD – Bring Your Own Drive, and crush it” in  demonstrating the security risks of disused hard drives, laptops and servers.

Read an interview with Aram Bartholl and see the DAM Gallery website for details. **

The interactive exhibition brings together (for the first time in the UK) a selection of artists who push the boundaries of their fields using digital media, including architects, filmmakers, designers, musicians and game developers.

Digital Revolution will feature new commissions from, among others, Yuri Suzuki, Rafael Lozano-Hemmer, Olia Lialina, as well as big-name musicians like will.i.am and Björk.

Olia Lialina and Dragan Espenschied‘s One Terabyte of Kilobyte Age Tumblr is celebrating a year since posting its first screenshot of homepages retrieved from the wreckage of GeoCities.

The veteran net artists, with the help of online archivists Archive Team, managed to salvage what they could following Yahoo’s unprecedented dumping of the Web hosting service’s content in 2006 and have kept its remnants in circulation on Tumblr ever since.

As an invaluable tribute to web user culture and digital folklore, they’re marking the occasion by re-posting the three most popular pages, keeping as close as they can to the original URLs and optimising the pages for contemporary browsers. Not surprisingly, the wildly popular ‘Divorced Dads Page’ still stands at number one.

Read an overview of Olia Lialina and Dragan Espenchied’s artist talk on the project from last year and see the  One Terabyte of Kilobyte Age research blog for details. **

Local and international artists Audrey Samson, Daniel Howe, Fannie Ng, Olia Lialina, Tonio Mundry, Winnie Soon and Helen Pritchard will exhibit work exploring “the playful, political, and aesthetic possibilities” of the internet-as-medium in itself. The one-off event follows Berlin-based artist Bartholl’s concept of presenting “browser based internet art” in the context of an exhibition opening, the public cybercafe becoming the gallery. The implications, from an inclusive, DIY perspective, are endless.

Nestling themselves in a defiantly naïve internet aesthetic, Olia Lialina and Dragan Espenschied have been working with each other for years and it shows. Sharing an easy manner and dead pan sense of humour, the net artists, researchers and editors of Digital Folklore have had a wealth of experience to draw from when elaborating on their work keeping the home pages of now defunct free web-hosting service, GeoCities, in circulation. For their One Terabyte of Kilobyte Age exhibition at the Photographer’s Gallery, it’s not enough to collate and archive the 1,000+ gigabytes of user culture discarded when social media networks like Facebook and Twitter conquered with their user-friendly templates and official presentation. That meant a restriction on what Espenschied calls the “extreme creativity” of the ordinary people that migrated towards it. 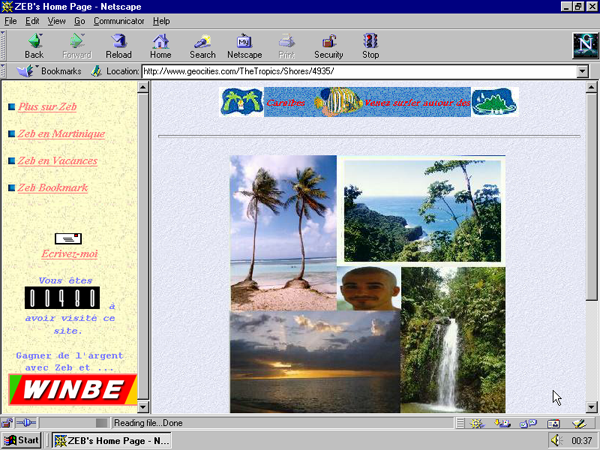 A pioneering force in digital archaeology, taking particular interest in the behaviours and interactions among non-professional web users, Lialina and Espenschied explore the graphic motifs and aesthetics that recur within this fascinating, idiosyncratic culture, from generic star and water-themed wallpapers to the creative use of scroll bars. The origins of ubiquitous gif animations like Chuck Poynter’s the famous dancing girl and three-chord piano music as “the sound of low bandwidth” make for fascinating discussion. That’s especially when exploring it from the view of that pervasive misconception that net art and culture can exist independently of context. Hence, Lialina demonstrates how an early artwork has changed through time –as browsers, operating systems and software evolve –as well as the problems of presenting net art in other increasingly archaic formats, like print and in galleries. The latter, with the expectation of low-res imagery working IRL and the former with its own typographical and design language, means the mutation of the work’s original intention becomes inevitable.

In the context of a continually fluctuating internet culture, it’s a matter of course that net art would shift with it but what Lialiana and Espenschied are here to promote, is an awareness among its users that their own personal narratives are at risk, when allowing for what they call the “professionalisation of the web”. Because as the pervasive reach of social media networks and their templates supersede that online DIY culture that the GeoCities homepage represents, then they’re not only restricting a users capabilities for self-expression but appropriating and controlling their histories -that transient “digital folklore”, if you will.

By drawing from the crude aesthetics and bizarre nuances of early user culture, as seen in collaborative works like Zombie & Mummy (2003), Lialina and Espenschied show that user culture is important too and well worth preserving.**

Originally created by Chuck Poynter and championed by net art progenitor to the likes of aqnb interviewee Jennifer Chan, Olia Lialina, REAL_DANCING_GIRL has been updated to suit the new era. Originally appearing in 1999 on the Rhizome splash page, the new look dancing girl can be found on her own tumblr where she’s joined by a male companion and a manifesto of sorts that goes as follows:

“I’ve been dancing ever since I was created back in the days. With the arise of the internet I became a vernacular symbol of freedom among the net, and a source of inspiration for countless users in the pre-history of the web. The advent of social networks brought a severe, consequently change in the aesthetic of the internet; that’s why I felt the need to renew my look, giving myself a more “topical” appearance. But don’t be fooled by this: my ‘hula’ remains the same ;-)”

It also ends with a generous “feel free – as you’ve always been – to make me dance among your web universe!”**