Steph Kretowicz is dropping audio narrative I hate it here—co-released by CURL x AQNB on tape and via download—on November 19, with a preview excerpt premiering on AQNB today. The writer, author and editor has been experimenting with interdisciplinary and audio-visual pieces around new media and distributed storytelling, producing a series of cross-media texts that have been performed and presented at 3hd, Opening Times, NTS Radio, and elsewhere.

Created in collaboration with producers and composers Ben Babbitt and felicita, the 42-minute sound and spoken word piece follows a narrative crossing locations in London, Poland and Los Angeles. The voices of CURL collective members Coby Sey, Mica Levi, and Tirzah make an appearance, as well producer Ewa Poniatowska and other artist peers like Margaret Haines, Ulijona Odišarija, Cristine Brache, among others.

I hate it here in an unusual take on the radio play format, which follows an auto-fictional script through characters, locations and interaction that are guided and accompanied by sound design and composition from its two primary collaborators. Touching on folk traditions throughout eras, and religious and spiritual practices across regions, the sound production references everything from the simple chord progressions of Polish disco polo to the swelling atmospherics of contemporary New Age.**

Steph Kretowicz’s I hate it here is out via London’s CURL x AQNB on November 19, 2021. Available now for preorder via the CURL Bandcamp.

“There’s so much history and people that make up Lewisham. I didn’t really have too much of an idea of how musical it really is,” says Coby Sey, about the vital heritage and vast creative tradition of the place he was born and raised. “I’d hear about the old sound systems—like Saxon Sound Systems and stuff like that—to even Cream, Ginger Baker, but I didn’t really know like, ‘wow, there’s so many other musicians that reside here, and have been doing things, and even to this day there still are people doing things.” Speaking to editor Steph Kretowicz for AQNB’s latest Artist Statement podcast, the London-based musician and producer talks about his dream-like post-grime releases, and ongoing work as part of the loosely-defined South East London collective and now label, CURL.

Organised by Coby with friends and collaborators Mica Levi and Brother May, the project involves such eminent underground peers as Tirzah, Farai, Kwes, Klein, and many others from the area, some of whom also contributed to director Steve McQueen’s recent Small Axe anthology series. Coby’s own practice is similarly broad and eclectic, having released his first EP Whities 010: Transports for Lewisham—inspired by his love-hate relationship with London’s public transport system—as well as a handful of other experimental drops that contain a palpable emotional strain unique to his environment. Coby’s also a long-time NTS Radio cohort and presenter of a show sharing his music in conversation with his hip-hop, drone and ambient influences.

‘Sitting on the Bus’ is the latest in our Artist Statement podcast series, with past episodes, featuring Jam City, Maria Minerva, Colin Self, Akinola Davis Jr, and more. The full episode is accessible to our subscribers right now on Patreon. Sign up now: www.patreon.com/aqnb.**

The xx (in collaboration with Night + Day, Thirty Three Thirty Three and Young Turks) have invited Curl to host an aftershow at London’s Block 336 on March 14, 2017.

Curl is an events-organizer focused on programming innovative cross-disciplinary performance, art and music, with the goal of making interdisciplinary art accessible to a wider audience by engaging live music. It is run by producer Coby Sey and emcee and performer Brother May. They have been putting on similar events at The Yard in Hackney Wick and Rye Wax in Peckham since 2016.

London’s SET project space and artist studio is opening with a residency from chats cafe on December 2.

The new volunteer and artist-run initiative is focussed on providing affordable space for artists and a platform for new, collaborative and experimental projects that engage the local community, along with an ongoing arts and educational programme of performances, exhibitions, talks, workshops and screenings.

The first will be the residency from chats, so far a pop up ‘food enterprise’, which will be serving good and affordable food and drinks, along with a live set from Coby Sey. 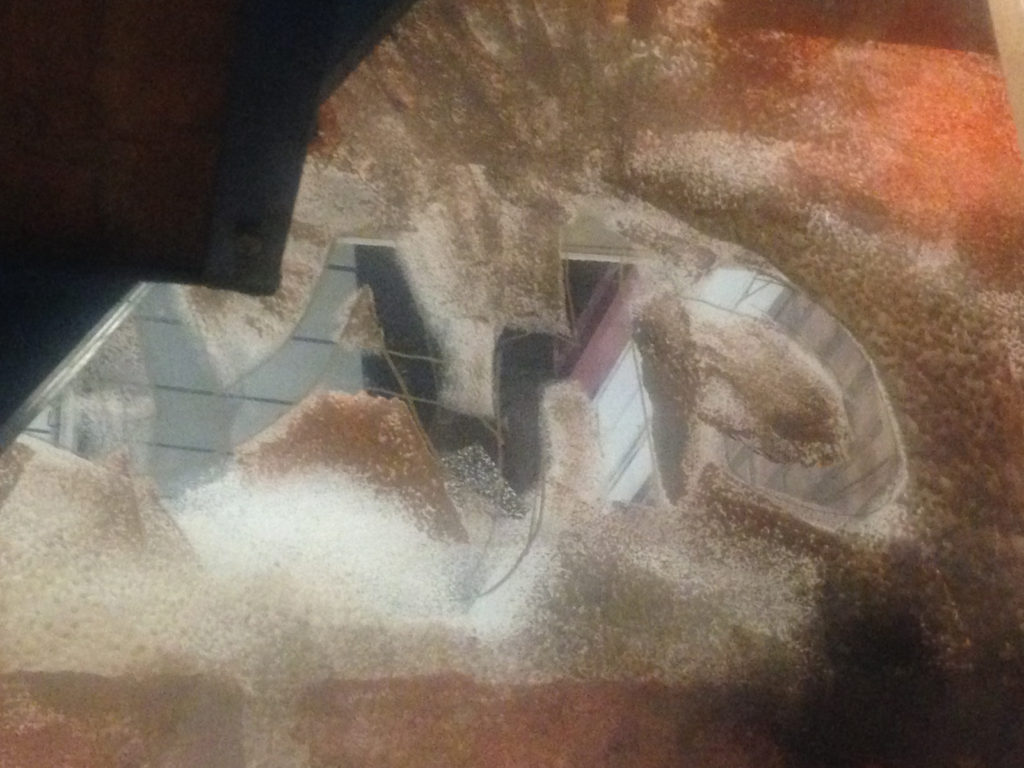