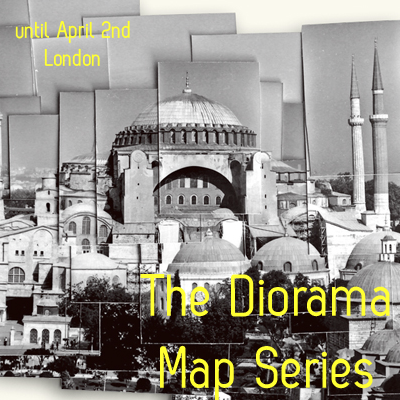 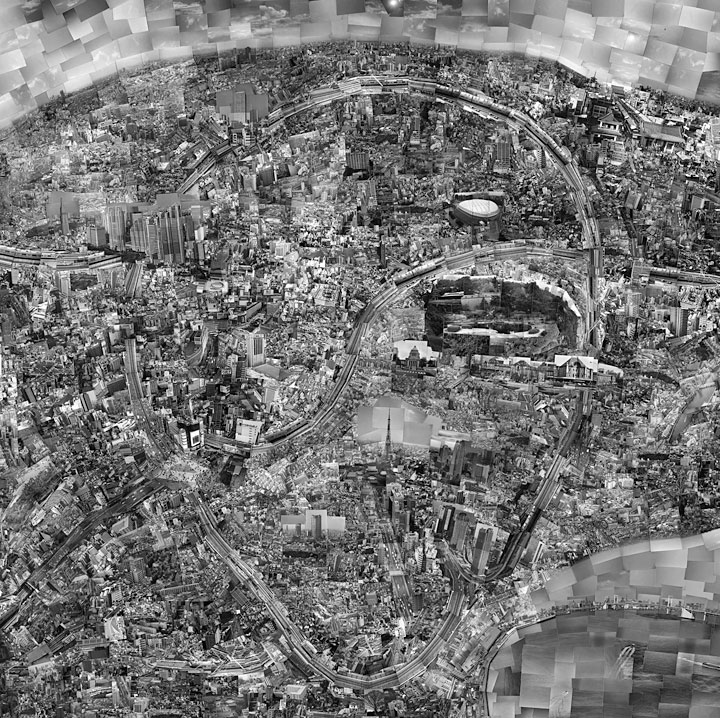 Sohei Nishino‘s Diorama Series are finally in London (even though Mr Saatchi owns a few of his works already) and will be exhibiting @ the Michael Hoppen Gallery until April 2nd.

His collages are not precise geographic recreations, but an imperfect mix of landmarks and iconic features conceived from his personal ‘re-experiencing’ of a city. “Never before exhibited outside of Asia, Michael Hoppen Contemporary will present the Diorama Map series for his inaugural European show, featuring ten of Nishino’s most striking collages as well as his latest creation: the map of London” (quite untrue as he exhibited his works in Paris last year…).

When photographing London, Nishino walked the entire city on foot for a month, wandering the streets and recording from every possible angle, from building tops to get an overview of the Gherkin, to shooting in step with the Queen’s Guard marching on the Mall. In total he used over 300 rolls of black and white film and took over 10,000 pictures.

In the following three months Nishino selected some 4,000 of these photographs, hand printed in his own dark room, which he then meticulously pieced together with scissors and glue in his Tokyo studio. The result was an aerial view of London, which was then reshot as a completed collage to produce a final image in photographic form. This lengthy and painstaking process, all done by hand, only allows for the creation of three maps per year. Nishino’s re-imagination of a city presents a convincing record despite its geographical inaccuracies, a map embodying the intricacies of a city through the eyes and recollection of an outsider…. a bit of a work there right?

The creation of a Diorama Map takes the following method; Walking around the chosen city on foot; shooting from various location with film; pasting and arranging with enormous mound of pieces. Consisted from eight cities, Diorama Map is still ongoing and will be developed in cities all over the world in the future.

Since selected as an Excellence Award of Canon New Cosmos Photography Award, he has participated in several group shows including his solo exhibition. His works are shown at Paris Photo 2009 where he received critical acclaim by many collectors and attracts people all over the world.

So as we usually say…. happen to be in LNDn before April 2nd? Then this is one of those exhibitions you may consider visiting. More info on M. Hoppen’s Gallery page.