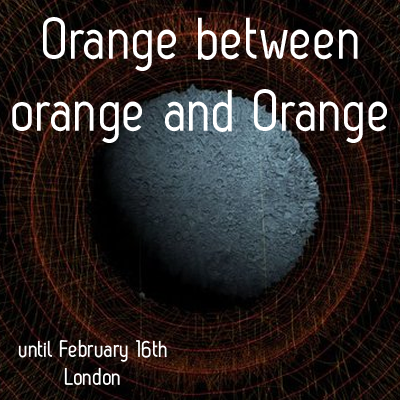 It’s been a while since Michael Joaquin Grey last exhibited in London with a solo expo… 20 years is quite a long time actually, and the inventor and toy designer has had a lot of time to come up with new works that keep defying categorisation.

For his new exhibition @ Carroll/Fletcher Grey has produced a group of new works that playfully transform the narratives and forms associated with the models and myths of Western science, art and spirituality into a multivalent personal cosmology and cultural map.

So What 2012 (2005-2012) for ex is a large-scale, unrecorded, generative film on multiple screens, a contemporary orrery in which the viewer repeatedly travels at exponentially increasing speeds from a pixel at the centre of the sun through outer space to the furthest reaches of the solar system and back again: a journey that compresses time and space to our perceptual limits.  At specific way-markers in this media-saturated universe, the voices of Steve Jobs, Ella Fitzgerald, the Rolling Stones, Miles Davies, James Cameron, Marshal McLuhan, Werner Herzog and others are heard as a soundtrack reminiscent of channel surfing on an old analogue radio.

In the sculptures and prints of Morphologies (2012), a collection of televisions, cameras, radios, telephones and musical instruments – historic objects that have framed and mediated our view of the world – is distributed throughout the gallery space, embalmed and placed in orange-windowed vitrines to encourage us to take a moment to reconsider and reconstruct an archaeology of frame and form.

Kindergarten’s pedagogy, as developed by Frederich Fröbel in the 19th century, serves as an inspiration for Grey’s Kindergarten-style sandpit, inviting us in this new year to play and wonder were has our relationship (and dependency) with machines taken… or distanced us from primary experience.