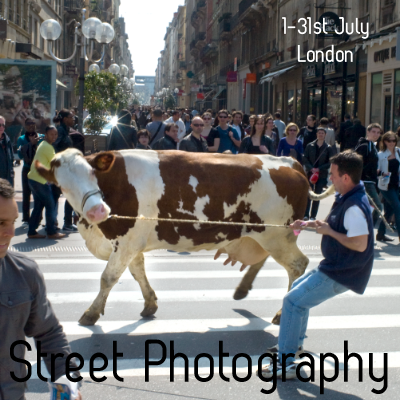 The LSP festival may not be as oracular spectacular as the Madrilian PhotoEspaña but in its first edition it will include not only some of the best word-class photography but a few first exhibitions here in the UK. Like part of those archives of mysterious Chicago street photographer Vivian Maier discovered by John Maloof (@ the German Gymnasium) or a newly discovered body of work by previously unknown British photographer Walter Joseph – a gritty portrait of post-war London (@ the British Library).

A month filled with exhibitions, talks, events & workshops (full details here)  @ some of the most important landmarks… St. Pancras International station, Tate Modern, National Portrait Gallery, Collective Gallery… so unless you’re on a West Indies tour, this is the best opportunity London gets to discover street photography. Most of the events are free so…

The festival comes from the hands of shootexperience who realized there was no London-wide photography festival and no organization in the UK dedicated to preserving street photography as an accessible art form, and so they thought “we need to fill the gap”!.

Hopefully in the coming years the LSP festival will remain as the home in the UK to street photography and provide Londoners with a celebration of their city through this essential tradition. The festival will question, support and provide a platform for dialogue around street photography, raising the profile of photographers and their work. In today’s paranoid climate, anti-terror legislation threatens to disrupt photographers working in public so it is more vital than ever to uphold and celebrate the genre.

For this first edition exhibitions have been curated by the festival team and partners rather than through submissions (this should change…) and on top of the exhibitions there’s a couple of awards being given out… a Student Award (open to UK-based students and already announced) and an International Award (open to photographers from all over the world) unveiled on June 1st.

So what are you gonna do next July….?