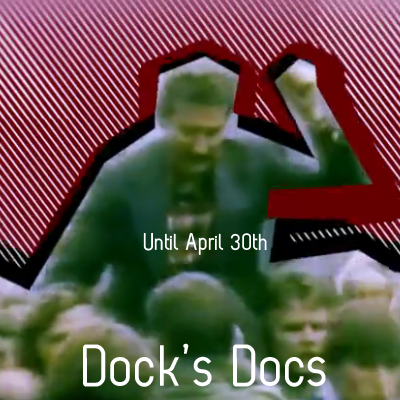 A documentary remix competition? You may know 200 different types, but this is the first time we’ve personally heard of  the “Remix” series. And because it doesn’t seem that crazy (and also it’s part of the Euroean Culture Congress), oh and because it’s a creative contest (one of those with prizes) we thought you could be interested…

First, let’s give you the contest of why it’s called “Dock’s Docs”, even though you may have already guessed…

For those of you who’ve never been to Poland, there’s this northern coastal city called “Gdańsk” (part of the triple city) who became really famous in 1980 for the strikes and social protest against the communist regime. At that time the “Solidarity” movement was born – the symbol of freedom recognized all over the world. Those events influenced directly the European transformation of ’89: the first free election in Poland, and three months later – the fall of the Berlin Wall.

Dock’s Docs Gdańsk Remix is the follow-up in the project initiated by the Institut National de l’Audiovisuel (INA). This French institution is the largest TV&radio archive in the world. Since being formed in 1974 it collected 4 million hours of recordings; the number increases every day as INA records all the programs broadcast by French radio and TV channels. Three years ago INA enabled ordinary people to use small fraction of its collection: archives of everyday Paris from the turn of the 20th century up to modern times (“Paris Remix”). The following year “Berlin Remix” competition was held. Its subject: the fall of the Berlin Wall.

Basically you’ll be able to use all the videos provided by the Polish & French Audiovisual Institutes to create a 5-min video, reusing, transforming, remaking.. doing whatever the —- you want with the provided videos (which are here) and audio material. Anyone is eligible basically, so now, your move. You have until April 30th.

Prizes? There are 3, all being a a training in the renown French National Audiovisual Institute SUP valued in 3k, 2k and 1000€ each + a VIP pass to the ECC.

To participate & to know more go to the contest’s Dailimotion page, this way, and if you need an idea of 2008 & 2009 Remix winners… it’s this way (on bottom of the page).