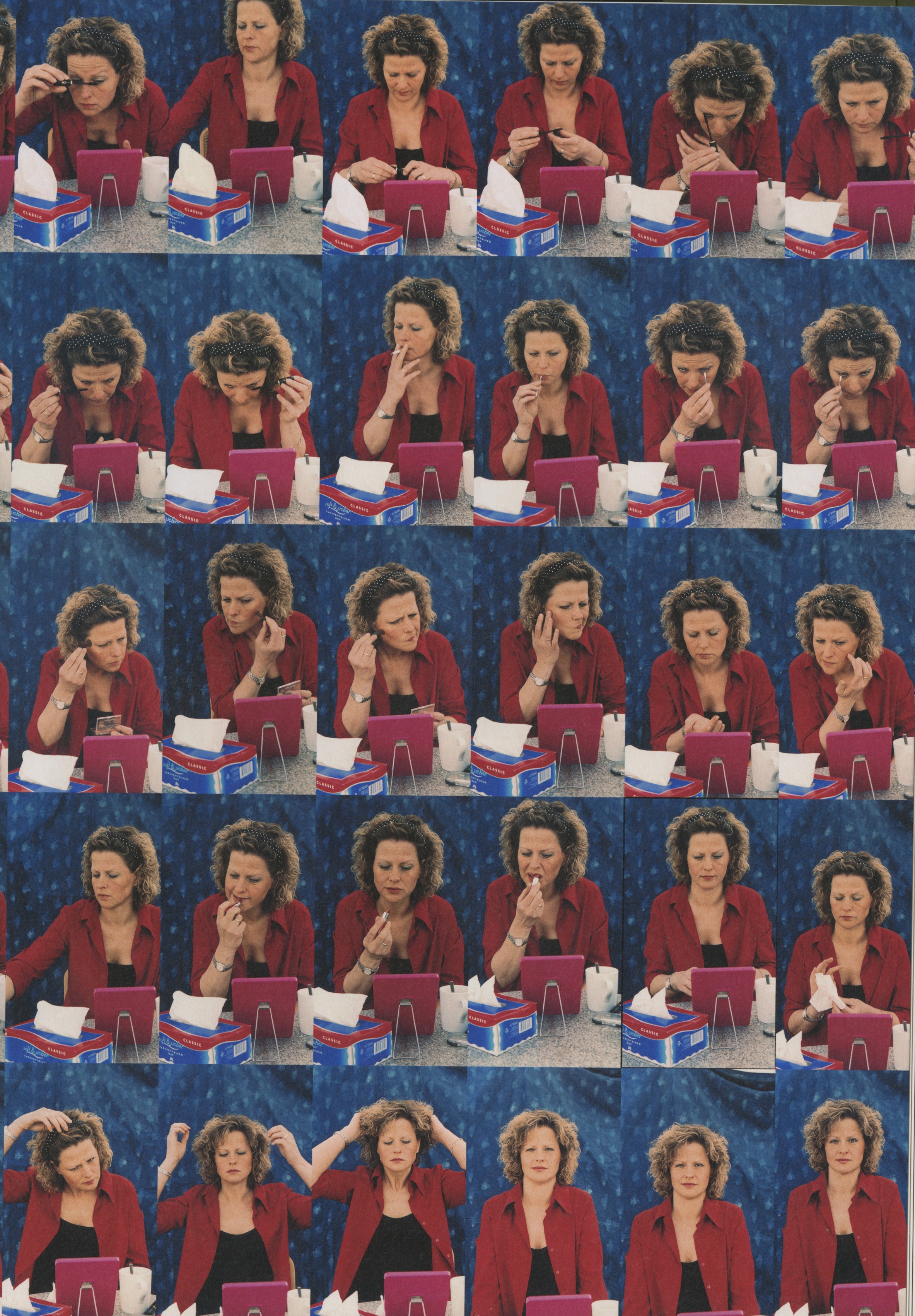 Kitsch? No, for Hans-Peter Feldmann there’s no object, no poster, no collectable with such adjective. Everything is ordinary.

“An art exhibition”…. another one, because Hans-Peter Feldmann titles all his exhibitions this way. Why? He’s declaring, asserting, stating that all you’ll find inside the showing  is art, even though you’ll realize that great part of his works are mere ordinary objects… a plastic water bottle, a few cents, a package of cigarettes… things you wouldn’t normally find inside a museum.

Furthermore, the exhibitions’ contents are not greatly elaborated: Feldmann selects from the objects that surround us and draws them to our attention using very simple procedures. He juxtaposes them (as with his series of images), applies colour to them (as with his classically-inspired sculptures), or changes their context (as in the objects that fill his “Wunderkammer” or cabinet of curiosities). It could be said that rather than making art, Feldman limits himself to finding and showing it.

When Hans-Peter Feldmann is asked to provide details of his career he generally limits himself to one piece of information: that he was born in Hilden, Düsseldorf, in 1941. If encouraged to offer further details, he considers it more interesting to supply a list of the films that he likes rather than the usual list of his exhibitions, which merely demonstrates his notable presence on the international art scene.

Feldmann belongs to the generation that reached adulthood in the 1960s, a generation renown for its questioning authority in all its forms, and for its search for ways of living that would give sense to everyday existence.

Much of the art of that era abandoned the solemnity and introspection of abstraction with the aim of establishing a new relationship with life itself. Interest shifted from the object to procedures, while systems of production and the 4 consumption of art were called into question. There was an accompanying rejection of the concepts of authorship, formal uniqueness and rarity on which the art market was based. In the 1970s a publisher tried to persuade Feldmann to design a book in the form of an art object, to be produced as an edition for sale. The artist attempted to avoid the commission but the publisher insisted and finally Feldmann made a suggestion: a valid 20 Mark note, unsigned, in an unlimited edition, costing 20 Marks. The publisher, who must have had a sense of humour, accepted. Feldmann continues not to sign his works, producing unnumbered editions of whatever size he likes. This attitude, a reflection of his dynamic, ethical world view, has made him a reference point for younger artists in recent years.

This art but-not-art approach by Feldmann will be @ Reina Sofia Museum until February 22nd (more info on their web) … so you have plenty of time to go & visit (no excuses please!), and as Lavapies is not very far away from the museum, you may well have a few beers on your way back home / hotel. Enjoy!