Pakui Hardware is the duo of artists Neringa Černiauskaitė and Ugnius Gelguda, whose heavily collaborative process is focused on the combination and integration of different materials. From ready-made industrial products to clay, or resin casts on natural grass, it’s their intentional combination of the organic with the man-made that drives them. Closing their most recent exhibition On Demand at Berlin’s Exile Gallery on July 15, the Lithuanian artists are fascinated by what they describe as “the transformation and interaction of materials, of various elements, rather than by some singular textures or products.” Writing via email in anticipation of their upcoming Creatures of Habit show at SIC Gallery, opening August 5, they’ll be presenting large-scale sculptures derived from their interest in robotic gear, built on their curiosity around observing, reading and testing, “how materials themselves perform, how they change under certain conditions or when different materials meet and interact with each other.”

These new works, constructed to a similar size of automated machines in factories, will be made with a metal understructure resembling what they call “both an industrial robotic arm and anthropomorphic limbs or parts.” A range of specifically produced skins will be stretched over them, made using disposable cellophane, soft textiles or expensive hard duty, heat-resistant materials reflecting the diversity of the machines in an industrial setting. These outer layers mirror the protective clothing of workers, connecting the human and the synthetic in a similar environment. These covered ‘bodies’ will then become an uncanny mixture of cyborg-like features and gestures, “creating an assembly of yet unknown or transitory species.” The resultant work takes on a striking and individual form that bridges potentially alienating emerging technologies with the reassurance of the everyday.

As materials play such an important role in Pakui Hardware’s output, we asked them to select five materials, products or types that they have always been inspired by, and how and why they utilise them in in their work: 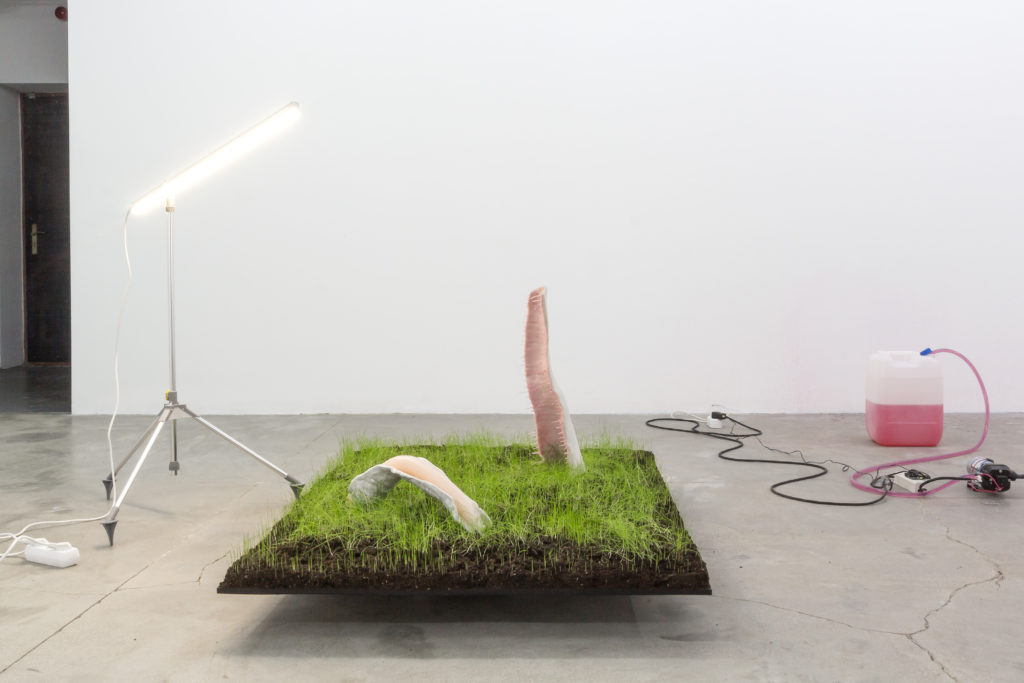 1. “Prosthetics. For their ambiguous status – they are autonomous design objects and yet they are an integral part of a body, they combine soft and durable heavy-duty parts. Silicone that is used in prosthetics as its qualities – smoothness, elasticity and durability – immediately creates an uncanny feeling once coated on certain shapes and textures.” 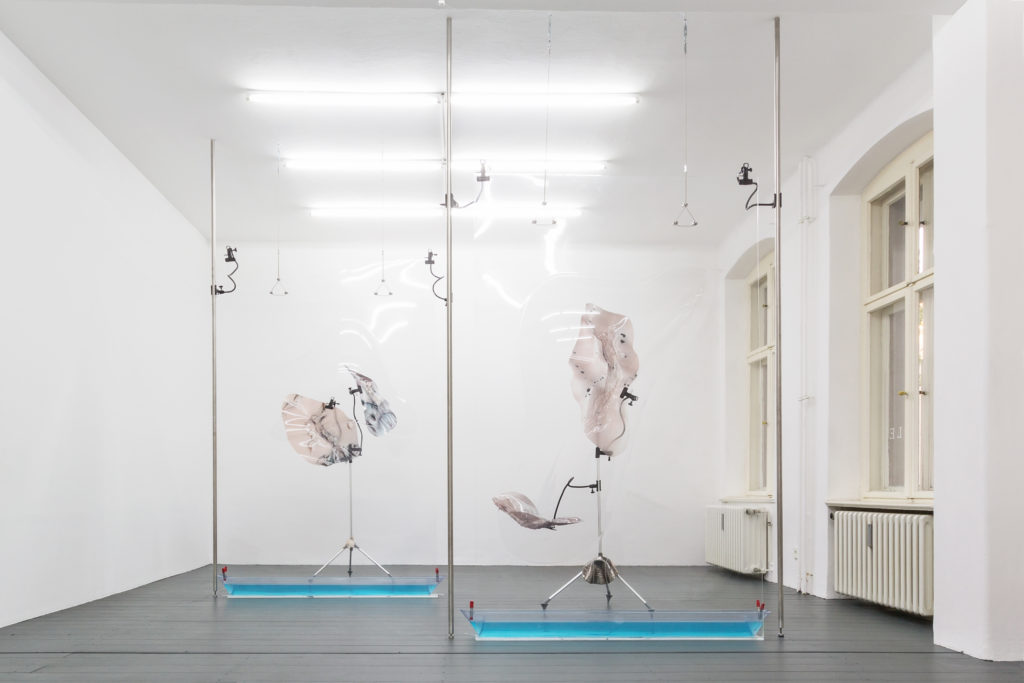 2. “Unexpected or unusual assemblages of things created by people or forces of nature found on streets, interiors or landscapes. A colorful plastic bag mounted on a street sign to cover its function, duck-taped on a metal column, which is held by several cement blocks pushed on its sides, compositions like that.” 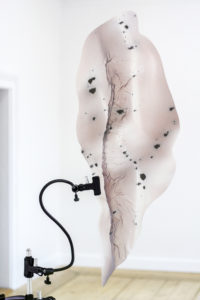 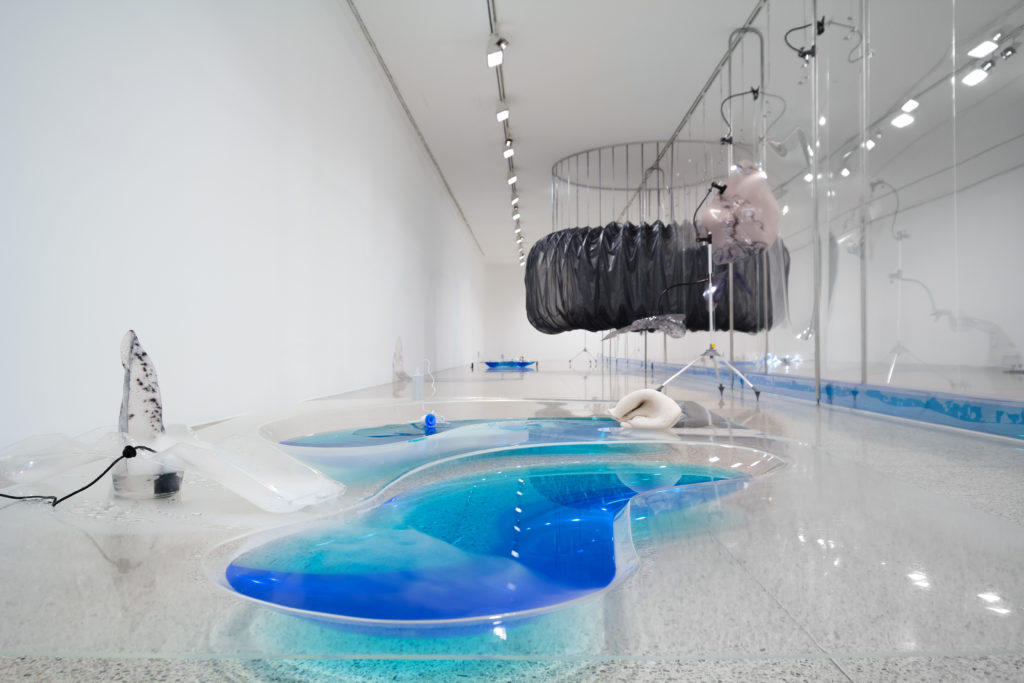 4. “Microorganisms. Their vitality and ability to influence our moods and thoughts, and capacity to survive and thrive under harsh conditions that are impossible to bear for the toughest human being. Or it could be genetically tinkered microorganisms munching metals on asteroids, transforming their rocky bodies through their metabolism into lonely gas stations for further human (or capital) expansion, as it is speculated by certain corporations and scientists in the possible plans to mine asteroids.” 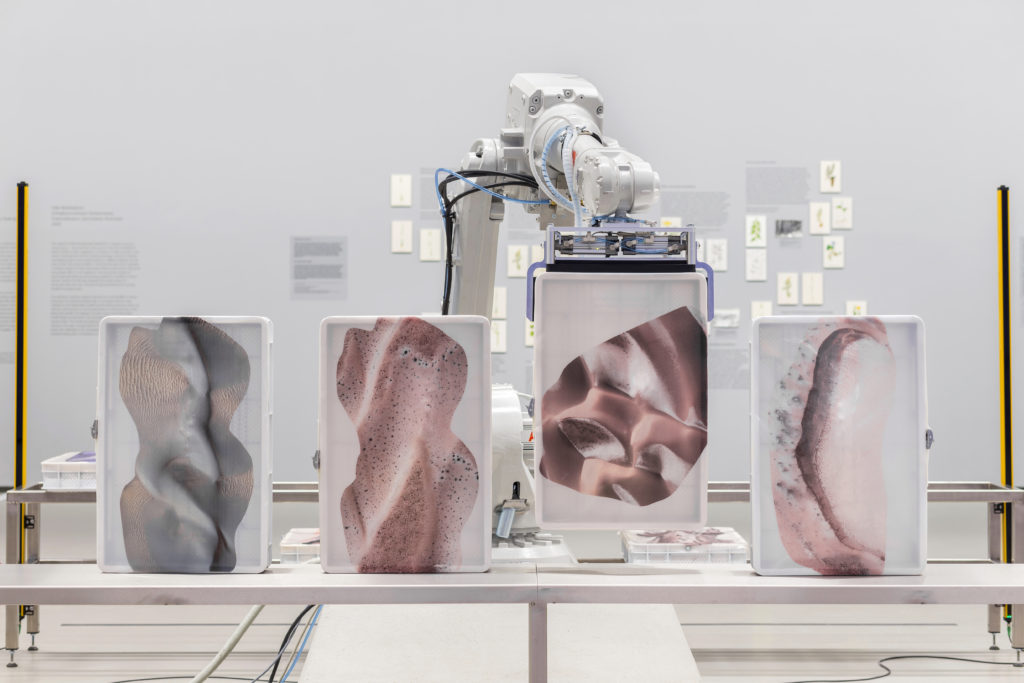 5. “Precision. Innate or mastered, organic or engineered, or a combination of the two.” **

Pakui Hardware’s Creatures of Habit is on as part of URB Festival at Helsinki’s SIC Gallery, running August 4 to September 9, 2017.