Situated in both a roofless exterior section and a subterranean chamber of a century-old, stone building, the New York-based artist will show new works that “take their origin from a critical interest in how the sun has been synthesized and put into practical use”. It treats this synthesis as subject matter, as well as “raw material, tool, process and effect” in a show that features a series of 3D modeled ultraviolet prints that appear projected and printed onto flat surfaces. A video, along with a series of loosely figurative works called Understudies are installed in the interior space with Ultraviolet LED lights forming rigid lines like plot-points on a map.

Poetic text accompanies the press release, as Kalliche typically incorporates into his work, describing how light occupies a space and the objects. He writes, “In the fully round view of the staring fruit is a landscape of the most superintended light. In the direct exposure of these lights are objects most satisfied when imagined as their descriptors and not by them. As a hard boiled egg on sugar lump”.

Ed’s note September 5: The date had been updated to from September 11 to 9. 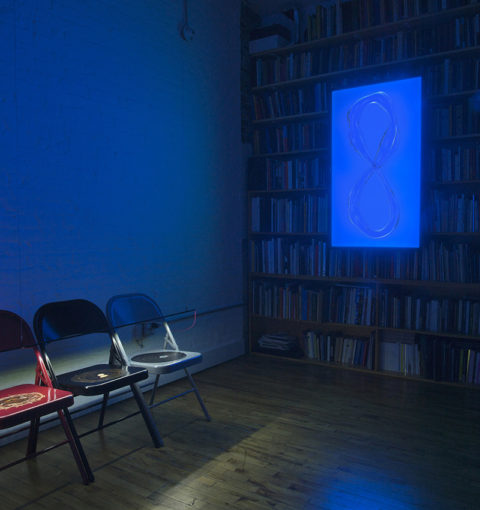